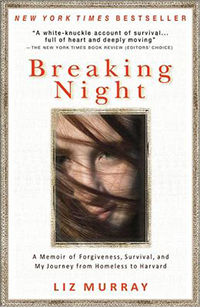 Breaking Night: A Memoir of Forgiveness, Survival and My Journey From Homeless to Harvard

In the tradition of “The Glass Castle,” “Breaking Night” is the stunning memoir of a young woman who at age 15 was living on the streets, and eventually made it to Harvard.

Liz Murray was born to loving but drug-addicted parents in the Bronx. In school she was taunted for her dirty clothing and lice-infested hair, eventually skipping so many classes that she was put into a girls’ home. At age 15, Liz found herself on the streets when her family finally unraveled. She learned to scrape by, foraging for food and riding subways all night to have a warm place to sleep.

When Liz’s mother died of AIDS, she decided to take control of her destiny and go back to high school, often completing her assignments in the hallways and subway stations where she slept. Liz squeezed four years of high school into two, while homeless; won a New York Times scholarship; and made it into the Ivy League.

“Breaking Night” is an unforgettable and beautifully written story of one young woman’s indomitable spirit to survive and prevail, against all odds. 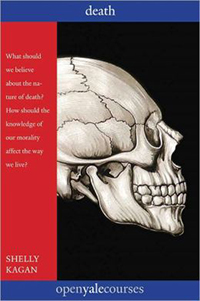 There is one thing we can be sure of: We are all going to die. But once we accept that fact, the questions begin. In this thought-provoking book, Shelly Kagan, a professor of philosophy at Yale University, examines the myriad questions that arise when we confront the meaning of mortality. Do we have reason to believe in the existence of immortal souls? Or should we accept an account according to which people are just material objects, nothing more? Can we make sense of the idea of surviving the death of one’s body? Is fear of death appropriate? Is suicide ever justified? How should I live in the face of death? 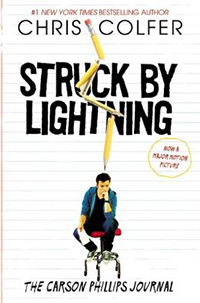 The Carson Phillips Journal follows the story of an outcast high school senior who blackmails the most popular students in his school into contributing to his literary journal to bolster his college application; His goal in life is to get into Northwestern and eventually be editor of The New Yorker.

At once laugh-out-loud funny, deliciously dark, and remarkably smart, “Struck By Lightning” unearths the dirt that lies just below the surface of high school.

The film “Stuck By Lightning” is set to be released by Tribeca Film later this year and features Colfer’s own original screenplay.