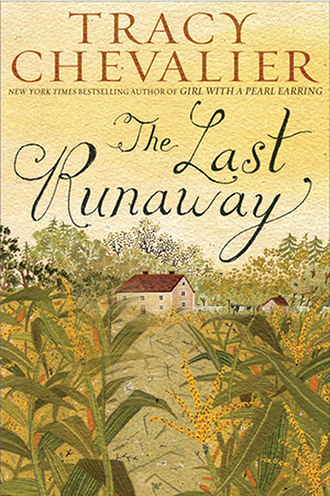 Tracy Chevalier’s “Girl With a Pearl Earring,’’ which brought Dutch painter Johannes Vermeer to life, has become a near-classic in contemporary historical fiction. Her latest novel, “The Last Runaway,’’ takes on a similarly fascinating and little-known subject - the Quakers’ role in the Underground Railroad during the mid-1800s.

Heroine Honor Bright leaves England for America, settles in Ohio and becomes intimately involved in the movement that helps runaway slaves reach freedom. But despite this compelling fictional backdrop, Chevalier’s storytelling just doesn’t do it justice.

Bright, despite her name, is anything but. Her character is flat and dull and spends much time longing for home, harshly judging her American friends and family and talking about how she really shouldn’t be complaining.

And the quilting. Clearly, the discussion of quilting - the patterns, styles, methods - is intended as a motif to carry the reader seamlessly through the story. Instead, it feels obvious, annoying and overdone.

That said, it’s a quick read as Chevalier’s writing is solid and compelling. “The Last Runaway’’ remains a page turner. But when things do happen, the action seems trite and well-trodden. AP