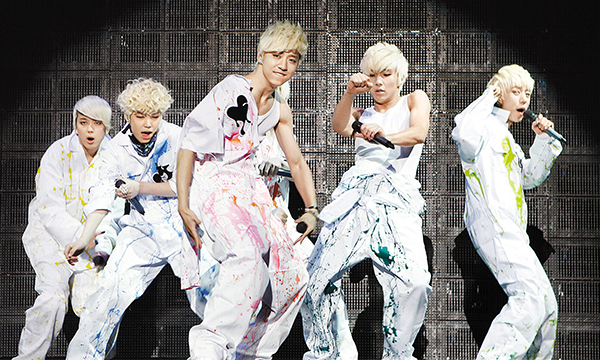 
Boy band B.A.P has donated a water pump to Unicef to say thanks to its fans.

The gift was sent to Africa to mark the group’s one-year anniversary, which fell on Sunday, and along with it, the band signed a card for fans.

“Thanks for staying with us through the past year. We wanted to express the love that exists between you and us by sharing with our friends from afar,” the group said.

In the card, the group also urged fans to “keep bringing forth change through caring.”

Over the past 12 months, the band has made a name for itself by reaching out to those in need.

Earlier in the month, its agency TS Entertainment also announced that the group will release a new EP and hold its very first solo concert next month.

The show, titled “B.A.P Live on Earth Seoul,” will take place at Olympic Park in southern Seoul, a 7,000-seat venue. It will perform some of its best-known songs.