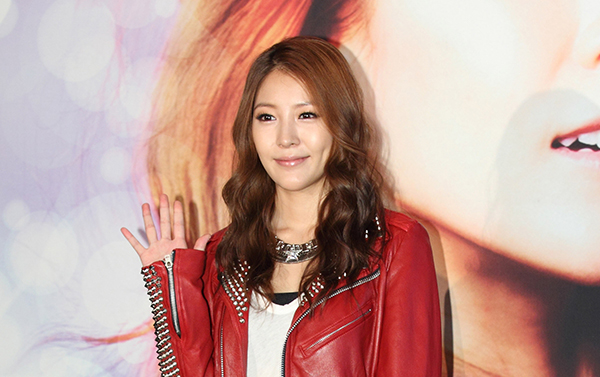 
As expected, the shows put on by BoA, the singer often heralded as the “first lady of K-pop,” did not disappoint.

More than 6,000 fans saw the 26-year-old’s first solo showcase “Here I Am” in Korea over the weekend.

The show took place at Olympic Park in southern Seoul, and despite the freezing cold, fans who came from as far as Japan and China were not disappointed.

The venue was packed with fans holding gold torches - the singer’s trademark color.

Ahead of the show, BoA promised “to give a performance that recaps my 13 years in the field,” and that she did with one hit after another like “Hurricane Venus” and “Only One.”

She also performed a self-composed “Disturbance” taken from her seventh album.

The queen of K-pop shed a few tears as she sang her final piece “Square Wheel” and went on to thank the fans who have stood with her throughout her career. SM buddies Kim Min-jong, Go A-ra and Girls’ Generation also lent their support.