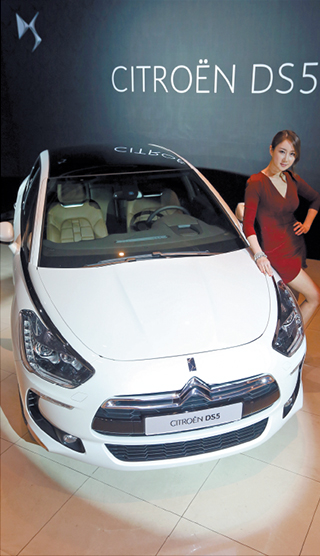 A Citroen DS5 is on display at JBK Convention Hall in Samseong-dong, southern Seoul, yesterday. The crossover sedan, which has been used as the official car for French President Francois Hollande, will be available in three trims (Chic, So Chic, and Executive) in Korea. Hanbul Motors, the official importer of Citroen, said the price will range between 43.5 million won ($40,200) and 51.9 million won. [YONHAP]