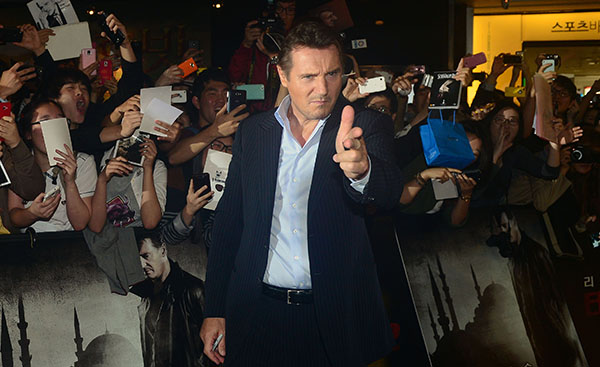 BELFAST, United Kingdom - Hollywood star Liam Neeson went back to the stage where he first trod the boards as he was awarded the freedom of his home town of Ballymena in Northern Ireland on Monday.

The star of “Schindler’s List” and “Michael Collins” started his acting career performing in pantomimes at the town’s Braid Theatre.

Ballymena’s mayor PJ McAvoy referred to his role in the later “Star Wars” as he told Neeson during the ceremony at the theater: “May the force be with you.”

A delighted Neeson, 60, said that despite his globetrotting life he was still “99.9 percent Ballymena.”

He was offered the honor in 2000 but refused it because of a furor when he was quoted as saying he felt “second class” as a Catholic growing up in the mainly Protestant town.

On Monday, Neeson said he regretted turning down the honor, but said he was happy to return to Northern Ireland at a time when the province - torn apart by three decades of sectarian strife until the 1990s - is largely peaceful.