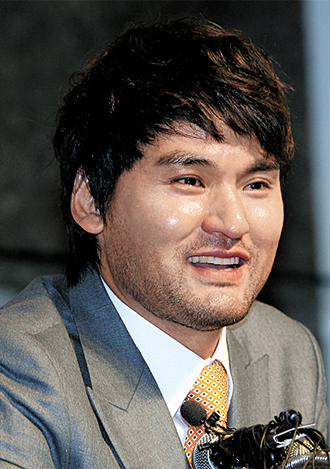 JTBC, the exclusive Korean broadcaster for all 39 WBC games, said Park will be in the broadcast booth for Korea’s games along with Song Jae-woo, who is known for his knowledge of the Major League. Lim Kyung-jin, a JTBC announcer, will do the play-by-play.

The three will travel with Team Korea, whose first game is in Taiwan in March. The second round will be in Japan and the finals in the United States.

“I have good memories about the WBC and I would like to recall those memories as a commentator,” Park said yesterday in an interview with the JoongAng Ilbo. Park recorded three saves during the inaugural WBC in 2006, the most among pitchers competing in the event.

Park was a commentator for two innings during the first game of the 2007 Korean Series of the Korea Baseball Organization.

“I don’t have lot of broadcast experience, but hopefully this will be a chance to share my experiences and baseball knowledge,” Park said.

Doing commentary for JTBC will be his first job since the 39-year-old pitcher retired in November, ending a 19-year career, 17 of which were in the United States.

Park has 124 Major League victories, more than any other Asian pitcher.

In the interview, he was more than willing to share his thoughts about the new official ball to be used in the 2013 World Baseball Classic.

Korea, the 2009 runner-up, is seeking to win the title this time around. It finished in third place in 2006.

Park declined to predict Korea’s run to final, saying only that he expects the team to turn in a solid performance. He said he hopes the WBC will be a springboard for players to advance their careers.

“They are the representatives of Korea and have already been tested,” he said. “I hope they gain valuable experience through this event and use it as a solid foundation to move to a bigger league in the future.”

JTBC broadcasts of games not involving Korea will be handled by commentators Park No-jun, Lee Gwang-gwon and Lee Gyeong-pil. JTBC said the three, along with Park and Song, will be able to provide in-depth analyses of the games.

JTBC also plans to introduce broadcasting technology that will allow Korean players to be shown more frequently than in previous international appearances aired by other local broadcasters.

“They will be able to watch the plays by Korean players in more fun and varied ways,” said a JTBC official.