Airbnb offers a way for hosts, guests to connect

Airbnb offers a way for hosts, guests to connect 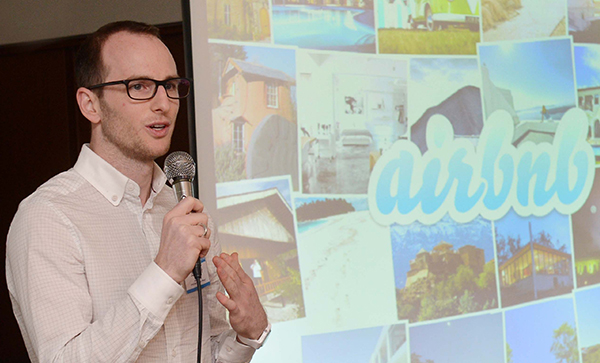 
For some travelers, nothing is better than a five-star hotel or resort where there are no surprises and only the best of everything - from body soap to conditioner and shampoo to towels, robes and slippers - is provided and attentive staff are available at your beck and call.

However, others are more attracted to one-of-a-kind accommodations, and that’s where Airbnb comes in.

An online platform for renting and sharing homes, Airbnb recently launched its service in Seoul.

Since anyone can register accommodations, the Web site offers ordinary apartments as well as a tree house in Vermont, a Victorian castle and a small island in Fiji.


To mark the launch of the service in Seoul, Joe Gebbia, a chief product officer and co-founder of Airbnb, briefed media on the service Tuesday in central Seoul.

Before his trip to Seoul, Gebbia used Airbnb to book a couple of nights at a hanok, or traditional Korean house, in Jongno, central Seoul.

During the press event, Gebbia talked about the beginning of Airbnb, how the Web platform works and how economic sharing contributes to a society.

“Airbnb had a humble beginning with three guys in San Francisco,” he said. “Nathan, Brian and I quit our jobs to become entrepreneurs because we knew we wanted to work on something that could impact the world, except we had a problem. We were broke, and the bills kept coming in. 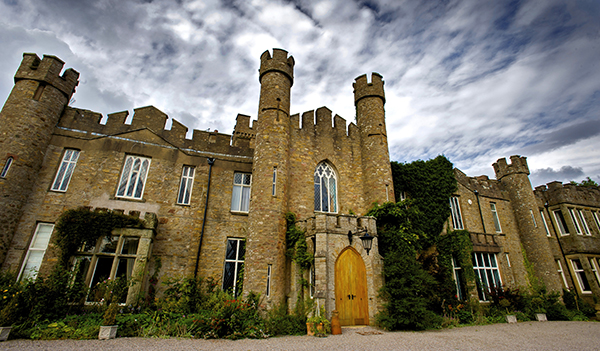 Three guys hosted three designers in their apartment, and Airbnb was born.

From a service that began in June 2008, a total of 10 million nights had been booked through the Web site as of last June. Hollywood actor Ashton Kutcher is one of the Web site’s investors.

The company has 11 offices and now wants to gain a foothold in Asia.

Even before its official launch here, travelers from 76 countries visited Seoul through Airbnb last year, although the company declines to comment on the number of travelers who used the Web site.

A unique feature of Airbnb is that all images of accommodations offered are taken by photographers who work for Airbnb.

A simple registration process makes it easier for people to share their spare spaces, and it is free of charge. But users pay fees of up to 12 percent depending on the prices of accommodations.

Hosts pay 3 percent of fees for each booking to Airbnb to cover credit card processing.

The primary reason for registering spaces at Airbnb is money for many, from retirees to newlyweds to students, but Gebbia says they eventually realize that hosting means more than just making money.

“They say that if you want to see the world, become a host at Airbnb and world will come to you,” he said.

Gebbia recalled when he and his two friends first hosted those designers in their apartment in San Francisco. “We showed them our neighborhood, our restaurant, our coffee shop,” he said, adding that such arrangements can satisfy people’s desire for authentic travel experiences. 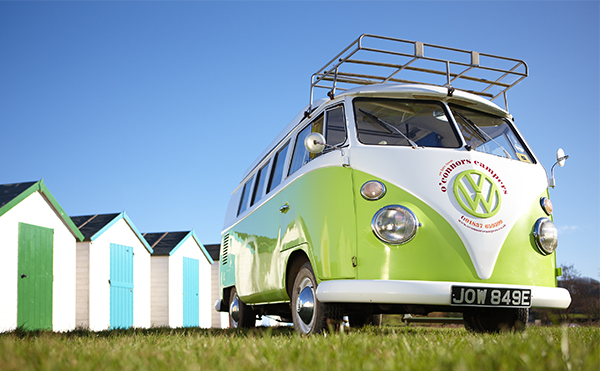 But it is not always easy to open up doors to total strangers.

When asked about security issues and damage claim polices of Airbnb, Gebbia said hosts can see profiles of potential guests and decline if they choose.

He added that using Airbnb would eventually vitalize the local economy because travelers’ spending goes into the pockets of hosts.

Airbnb is interesting and has potential, but there is plenty of room for improvement if it hopes to appeal to the bulk of Koreans.

Airbnb works on a review and reputation system, thus reviews are critical for a majority of users when they choose where to stay. But reviews and descriptions of each listing have not been translated.

“We do offer Google Translate, but in the future I imagine the Airbnb community will help translate each other’s descriptions,” said Gebbia.


“We just last week hired the same gentleman who internationalized Google and Twitter.”

As of last year, the number of rooms on Airbnb outnumbered those of Hilton Hotels and Resorts and value of the company is estimated to be about $2.5 billion.