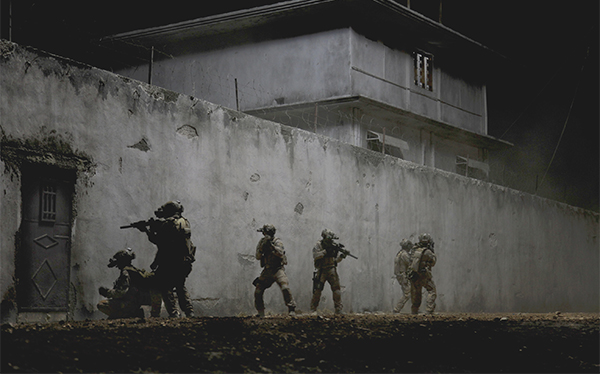 
KARACHI, Pakistan - Pakistani movie distributors and TV stations are boycotting an Oscar-nominated film about the hunt for Osama bin Laden and popular U.S. dramas to avoid offending sensibilities or sparking a violent backlash.

Pakistan may have a starring role in Kathryn Bigelow’s “Zero Dark Thirty,” which dramatizes the 10-year CIA hunt for the 9/11 mastermind, but local cinemas are steering clear of a film they say could make people feel humiliated.

Similarly, a local cable distributor is blocking transmission of the smash hit dramas “Homeland,” starring Claire Danes, and “Last Resort” on the grounds they are against the national interest.

The boycotts are the latest form of unofficial censorship in the conservative country, where YouTube has been blocked for four months over a trailer for an American film considered offensive to Muslims.

“Zero Dark Thirty” has topped the box office charts in the U.S. and earned five Oscar nods. But in Pakistan, the raid to kill bin Laden is considered one of the blacker incidents in the country’s history.

A U.S. Navy SEAL team killed the Al Qaeda chief in his hideout less than a mile from Pakistan’s premier military academy on May 2, 2011, embarrassing Pakistani leaders who insisted bin Laden was dead and exposing its military to accusations of incompetence or collusion with Al Qaeda.

“We have not and neither has anyone else bought ‘Zero Dark Thirty,’?” said Mohsin Yaseen, a representative for film distribution company Cinepax.

He described the film as “pro-American,” despite controversy in the United States over its depictions of so-called “enhanced interrogation techniques,” widely seen as torture.

“It has several scenes which could make us feel humiliated. It is against the interests of Pakistani nation,” said Yaseen.

The chairman of the Film Censors Board said it had not reviewed “Zero Dark Thirty” because there had been no request to do so.

In 2010, censors banned Indian Bollywood comedy “Tere bin Laden,” which poked fun at the Al Qaeda leader, on the grounds that it could offend Muslims and incite suicide attacks.

Max Media, which has the rights in Pakistan to cable channel Star World, is refusing to transmit “Homeland” and military drama “Last Resort.”

While “Last Resort” features U.S. nuclear strikes on Pakistan, the country is referred to only briefly in “Homeland,” which stars Damian Lewis as a U.S. Marine who is also a suspected Al Qaeda agent. AFP