Actor Ko Soo is happy to be a dad

Actor Ko Soo is happy to be a dad 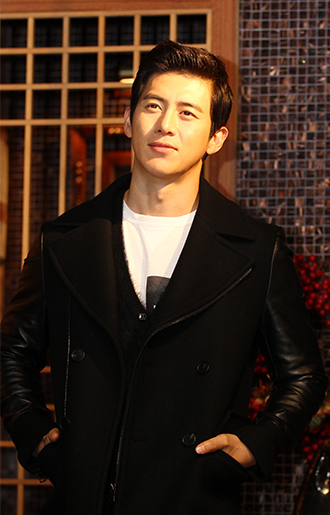 It’s been revealed that Hallyu actor Ko Soo became a dad earlier in the week.

“Although he was on set, Ko took time off to be by her side on the day,” said a spokesperson from his agency.

Although the delivery came sooner than expected, Ko was said to be thrilled and both wife and child are doing fine.

Back in August, Ko’s agency announced the pregnancy, just six months after Ko married his long-term girlfriend, who is 11 years his junior.

The wedding ceremony took place at the Shilla Hotel in Jangchung-dong, central Seoul, on Feb. 17, 2012.

The event was a star-studded affair with big names like Lee Byung-hun dropping in.

Due to the sudden nature of Ko’s wedding announcement, which came just a month prior to the day, many wondered if his fiancee was with child.