JYJ’s Kim Jae-joong wants to be a rocker

JYJ’s Kim Jae-joong wants to be a rocker 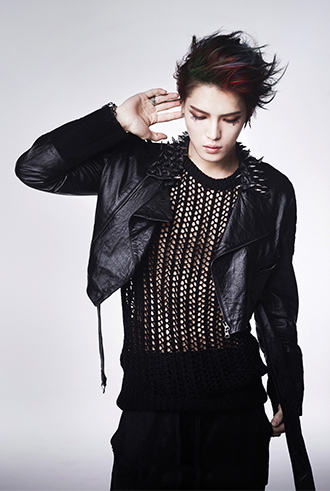 JYJ member Kim Jae-joong, 27, is trying to transform himself after 10 years in the business. He is making inroads into the world of rock with the mini album “I,” his first solo work.

Kim says he wrote all the lyrics, and so far reaction isn’t bad. Sales reached 60,000 copies in the week since release, according to C-Jes Entertainment.

It’s too early to tell if Kim will succeed in the genre, but he may just be the messenger needed to lead young pop fans over to rock music.

The JoongAng Ilbo recently sat down with Kim. Here are some excerpts from the interview:

Q. You must remember that Moon Hee-jun suffered harsh criticism when he first entered the rock scene an as idol band member in the early 2000s. [Moon was the leader of H.O.T., a pioneering K-pop group.] Aren’t you worried that something similar might happen?

A. I have always wanted to try hard rock, though I was never a maniac about it. I have loved and eagerly listened to Korean rock bands such as N.EX.T and YB from a young age.

I was able to release a good album thanks to Kim Ba-da, the vocalist of renowned rock band Sinawe. [Kim composed the title song and the song “One Kiss” in the mini album.] He made efforts to ensure that the music was authentic hard rock and carried some meaning.

And I have changed my vocal style to be in accordance with the hard sounds of the album.

While “One Kiss” and “Mine” are hard rock music, the songs you composed - “Healing for Myself” and “All Alone” - are close to rock ballad. Why?

In fact, I was not confident that I would be able to compose good songs in the hard rock genre. So I got help from Kim Ba-da, who is a natural-born rocker to the bone. As for the song I composed, I added some rock on the guitar and drum sessions. Still, I’m afraid that there is a big gap between the two hard rock and rock ballad songs. It could have been better if I added one or two more songs that are in the middle.

What was the most difficult piece?

I had to think a lot about the lyrics. Writing them for “One Kiss” was certainly the hardest. Kim Ba-da requested that the song’s lyrics be simple and sensible but at the same time give an image of something majestic and immense. It was really difficult.

Are you trying to break your reputation as an idol singer?

No. If I wanted to break the image, I wouldn’t have done the make-up, hair and accessories.

I don’t want to stray too far the image that my fans have loved from the very start. I think it would be a discourtesy to people who like my image if I say “I don’t like this visual any longer” or “I want to abandon this visual.”