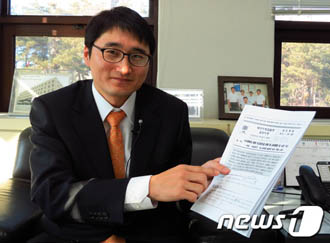 A two-year college in Pohang, North Gyeongsang, is embroiled in a money-for-admission scandal as it is revealed that the school orchestrated a scheme that paid high school teachers for each student they got enrolled at the school, the prosecutors said Monday.

The Daegu District Public Prosecutors’ Office indicted seven high school teachers who have received over 10 million won ($9,218) each in kickbacks without physical detention and notified the provincial education office of 41 other teachers who are also found to have taken bribes less than that amount.

The prosecutors said six professors were indicted without detention for misappropriation of funds. They were also accused of being tasked with enlarging the enrollment by promising high school teachers they would pay them 200,000 won for each student admitted to the school.

The authority added it indicted the school’s president, Ha Min-young, for having received government subsidies of 560 million won from April 2009 until September 2011 by fabricating school records such as student enrollment numbers and scholarship data.

The misappropriated government funds, initially given by the government to improve the school’s academic performance, were used to form slush funds or pay for overseas vacations for school staff, the investigators said.

“The school and high school teachers took students as business models to make a profit,” said Park Byung-mo, the prosecutor investigating the case.

The money-for-student scheme implicating the 61-year-old Pohang College has also sparked disputes over the current university reform system. The system is designed to designate universities and colleges across the country as “underperforming schools.”

Once designated as an underperforming school, government aid is suspended, then if the school doesn’t improve, access to income-contingent bank loans for tuition is restricted.

In September of last year, the Ministry of Education, Science and Technology selected 43 such poorly managed schools (23 four-year institutions and 20 two-year colleges) as they ranked in the bottom 15 percent in the ministry’s assessment.

According to a report from the JoongAng Ilbo, it has been discovered that the troubled Pohang College should have been included on the list.