Actor, actress take to their roles

Actor, actress take to their roles 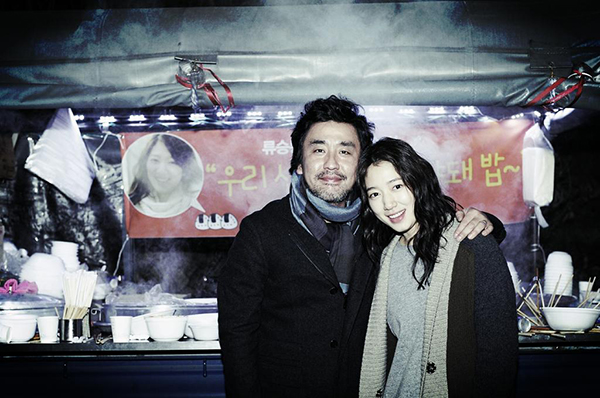 Through Twitter, the 22-year-old actress posted a couple of pictures taken in between takes on the set of her current drama.

The first picture shows a snack van with a banner that reads “My Shin-hye must eat a proper meal,” signed off by Ryu Seung-ryong, her co-star in a recent movie.

In the second picture, Park and Ryu can be seen, looking cozy in front of the van with the caption “What an angelic dad.”

The two are starring in the film “A Gift from Room 7,” in which they play father and daughter, and it seems Ryu wanted to treat his “daughter” to a meal.

The plot centers on a mentally challenged man, Yong-gu (Ryu Seung-ryong), who is wrongly convicted of killing a child.

With the film released, Park has already moved on to her television project “Flower Boys Next Door.”