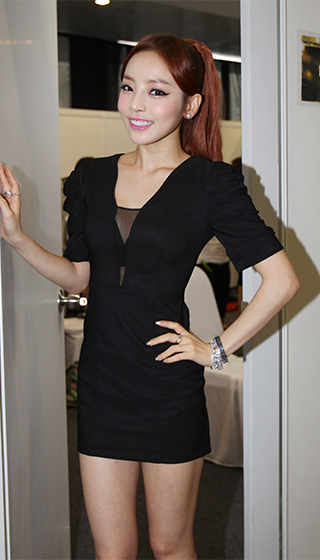 KARA will be one member down for the time being following Goo Ha-ra’s trip to the emergency room.

The idol singer was rushed to the hospital early yesterday after complaining of severe stomach pains.

Her manager came to the rescue and after being taken to a nearby hospital the 22-year-old was diagnosed with acute appendicitis and underwent surgery.

A DSP Media representative said fans shouldn’t worry too much and it wasn’t a big deal. “Nevertheless, we’ll be focusing on getting Goo back to top shape.”

As it stands the girls were to work on recording in Japan from today. Rest of the members will carry on as planned, and Goo will fill in her part later.

Goo is often regarded as the face of the group, and most recently was picked to be the model for Lotte Liquor’s line of soju alongside Sistar’s Hyolyn and 4Minute’s Hyun-a.

The three girl groups replaced Lee Hyo-ri in the ads and caused quite a sensation with their suggestive dance moves that came in three versions from tame to risque.