Judge shakes her head at Lohan

Judge shakes her head at Lohan 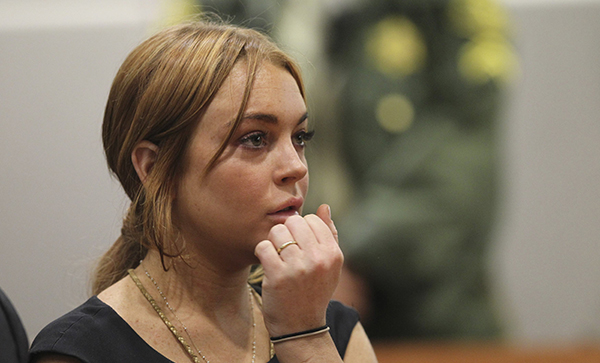 LOS ANGELES - Lindsay Lohan briefly appeared in court Wednesday for the first time in nearly a year and left with a new attorney, new trial date and new judge.

Superior Court Judge Stephanie Sautner shook her head when she saw Lohan seated with her attorney, just months after the judge had warned the “Liz and Dick” star to grow up and stay out of trouble.

The actress was required to attend the pretrial hearing involving three misdemeanor counts filed after a car crash last summer. Lohan has pleaded not guilty to lying to police, reckless driving and obstructing officers from performing their duties.

Sautner previously sent her to jail, placed her under house arrest and forced her to perform morgue cleanup duty in another case.

Sautner warned Lohan on Wednesday that she could face jail time for a possible probation violation, even if she is acquitted of the counts filed after her sports car crashed into a dump truck.

The Hollywood star was on probation at the time of the wreck and could be sentenced to 245 days in jail if a judge determines her actions in the crash were a violation of her sentence in a theft case.

The judge, however, won’t be handling Lohan’s upcoming case. The judge said she is retiring before the next court hearing on March 1. Lohan will not be required to attend that hearing. Lohan’s new trial date is March 18. Lohan was accompanied to court by her new attorney, Mark Heller, who said he wanted to get the case resolved as quickly as possible.

Sautner quipped that it would only solve her legal trouble “on this coast’’ - a reference to her two arrests in New York since being released from supervised probation in Los Angeles in March. No charges have been filed in those cases.

Heller, a New York attorney, was granted permission to handle Lohan’s California cases. He said he was meeting with prosecutors to determine how to proceed.

Sautner gave him more time by delaying the trial but said, “This is not the most complex case we’ve ever seen.’’

Lohan appeared in court in a black dress. She spoke only briefly to confirm that she was switching attorneys. AP