Streisand to perform at Oscars

Streisand to perform at Oscars 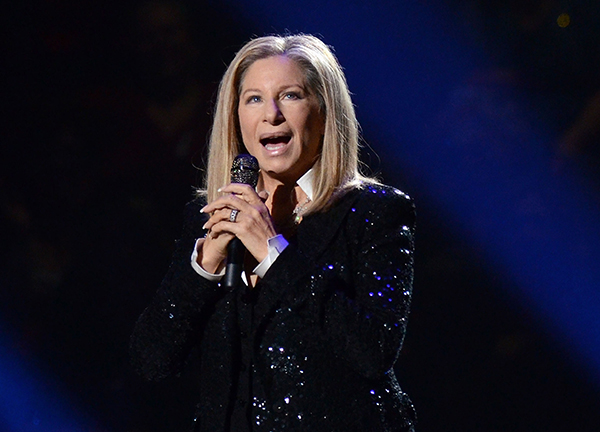 NEW YORK - Actress, singer and director Barbra Streisand may be a familiar figure at Hollywood’s Oscars, but she has only sung on the annual awards show once.

Streisand will perform again at the Academy Awards on Feb. 24, producers said on Wednesday, without providing details about how her appearance would fit into the show or what she might sing.

Streisand, 70, has won two Oscars, one for best actress in “Funny Girl” and another for best original song, “Evergreen” from her 1976 vehicle “A Star Is Born.” Her performance of the song at the 1977 Oscars show was her only previous onstage stint at Hollywood’s biggest night.

“In an evening that celebrates the artistry of movies and music, how could the telecast be complete without Barbra Streisand?” said producers Craig Zadan and Neil Meron in a statement. “We are honored that she has agreed to do a very special performance on this year’s Oscars.”

Streisand has also been nominated for several Oscars, including for best actress in “The Way We Were” and as producer for best picture nominee “The Prince of Tides.” Most recently she co-starred with Seth Rogen in “The Guilt Trip,” a Christmas 2012 release.

Earlier this month, the Film Society of Lincoln Center announced that Streisand would be this year’s recipient of its annual Chaplin Award. Reuters