Chaebol vow to give small contractors a hand

Chaebol vow to give small contractors a hand 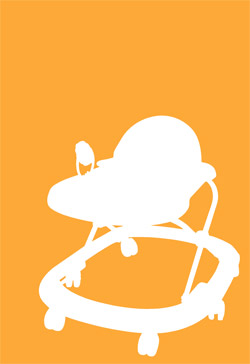 Lotte Mart, KT, Posco and other conglomerates introduced their own models for joint growth with their small contractors at a forum held by the Federation of Korean Industries (FKI) and the JoongAng Ilbo on Wednesday.

Around 200 businessmen, professors and researchers gathered at a hotel in southern Seoul to discuss desirable measures to help the incoming Park Geun-hye government achieve its goal of creating a fairer society and more widespread prosperity.


A key phrase used to describe their co-growth models was “voluntary participation,” which suggested that forceful government regulations won’t help address issues regarding unfair practices between large and small businesses.

Lotte Mart volunteered to share its brand with one of its suppliers to help it raise sales under the name of Lotte.

The nation’s third-largest retailer launched a new detergent by joining hands with Ato Safe, a local grocery maker. It named the product “Son Keun,” which is a manufacturing private brand (MPB) of Lotte Group. Unlike most private brand products, Lotte’s indicate the name of the retailer together with that of small manufacturers.

The Son Keun detergent recorded 7 billion won ($6.43 million) in sales last year, owing to the power of its brand. 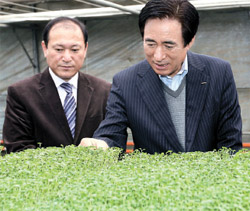 “It was very difficult to decide whether to jump into the market as a latecomer, because there were already five large detergent makers occupying over 90 percent of the market,” said Kwon Ki-tae, an executive at Ato Safe. “Lotte Mart proposed developing an MPB product with us, and it became the best-selling product within five months of its launch.”

KT provided its communications-related patents and technology to IT venture capital firms for free.

Devclan, a smartphone game developer established with capital of just 1 million won, has grown into a software business with over 25 employees in just three years after receiving support from KT. Devclan opened its office at KT’s Eco Innovation Center, where smartphone apps are developed.

“We were able to build programs without any financial burden because KT gave us a lot of technological support,” said Jeon Min-sang, CEO of Devclan.

“Like a toddler learning to walk with the aid of a stroller, small enterprises need some help from large companies, which enables them grow by themselves,” said Yang Geum-seung, director of the FKI’s business cooperation

Yang said large businesses should encourage smaller players to stand on their own feet.

Ato Safe recently attracted investment of $10 million from a multinational company after it gained fame for its detergent products developed together with Lotte Mart. Lotte said the company has now become a competitive partner of the group.

KT has introduced a very “sensitive” program to expand the scope of joint growth among its primary, secondary and tertiary suppliers. The second-largest mobile carrier overhauled its purchase and procurement program for suppliers in 2011. When primary suppliers buy parts from secondary suppliers, they get more benefits in transactions with KT if they pay their secondary partners in cash.

“We want to make our co-growth strategy reach secondary and tertiary suppliers,” said Huh Seok-joon, an executive at KT.

Posco CEO Chung Joon-yang set up a special team for joint growth in his office to handle the issue himself. Despite its falling profitability due to a recent slump in the steel industry, the steelmaker hasn’t cut the proportion of profits it shares with its suppliers. Posco has its own profit-sharing model that doles out profits incurred by cost-cutting, increased productivity and efficient use of facilities to secondary and other suppliers.

“What is more important than Posco’s profits is the trust we’ve built with our suppliers,” CEO Chung said.

At Wednesday’s forum, participants said joint growth should be cultivated as a voluntary culture by businesses rather than being the subject of government regulations.