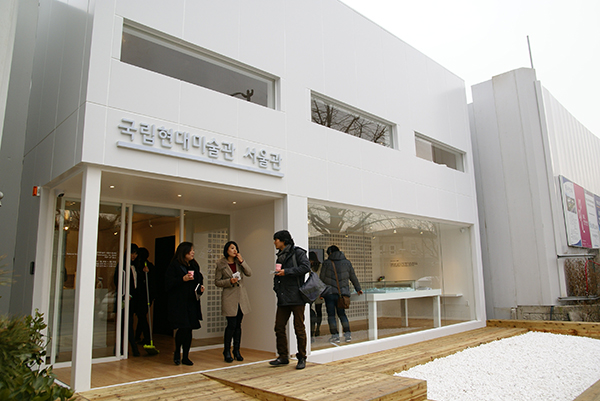 The facade of the temporary gallery set up to promote the new Seoul branch of the National Museum of Modern and Contemporary Art. Provided by the MMCA

A tiny temporary gallery has opened on the construction site of the new national art museum near Gyeongbok Palace, central Seoul. The gallery is intended to promote the museum, which is scheduled to open on Nov. 12.

The National Museum of Modern and Contemporary Art, based in Gwacheon, Gyeonggi, unveiled the temporary gallery at its new Seoul branch on Thursday.

Construction is set to be completed in June, according to the builder, GS E&C. It has been delayed four months from the initial schedule due to a fire at the site last August.

On the first floor of the temporary gallery, visitors can see an architectural model of the new Seoul museum, an interactive media art piece and video clips about the museum’s collection. On the second floor, visitors can view the construction progress through a large glass window. The gallery will operate until the end of April, and admission is free. 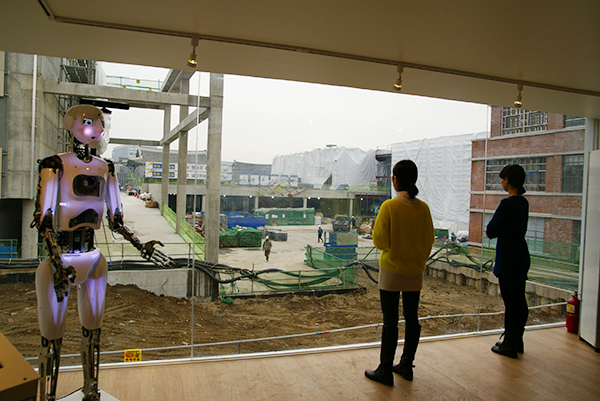 Visitors to the second floor can see construction progress.Provided by the MMCA

Meanwhile, Chung Hung-min, director of the national museum, told members of the media that “Modern” has been added to the museum’s English name, as its collection and exhibitions are set to include not only contemporary but also modern art.

Its official abbreviation has also been changed from NMOCA to MMCA, she said.