Cruz and Bardem are expecting

Cruz and Bardem are expecting 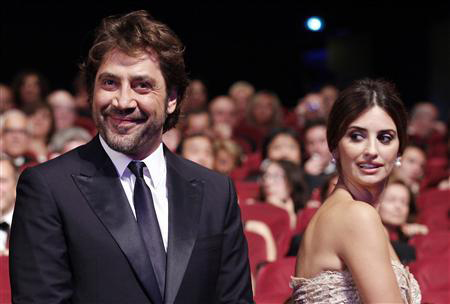 The New York Post first reported Cruz’s pregnancy, citing unidentified sources. Celebrity magazine Us Weekly and the Web site of television network E! said sources close to the couple confirmed the news. A source told E! that the “Volver” actress was “around three months” pregnant. Representatives of Cruz and Bardem did not respond to calls for comment. The Spanish couple, who married in 2010, welcomed their first child, a boy named Leo, in January 2011.

Cruz and Bardem will act together in supporting roles in the upcoming Ridley Scott film “The Counselor,” which is set for a November release. Cruz, 38, won a best supporting actress Oscar for her role as an impetuous artist in Woody Allen’s 2008 comedy “Vicky Cristina Barcelona,” while Bardem, 43, earned a best supporting actor Oscar in the 2007 drama “No Country for Old Men.” Reuters