B.A.P sets a record in Germany

B.A.P sets a record in Germany 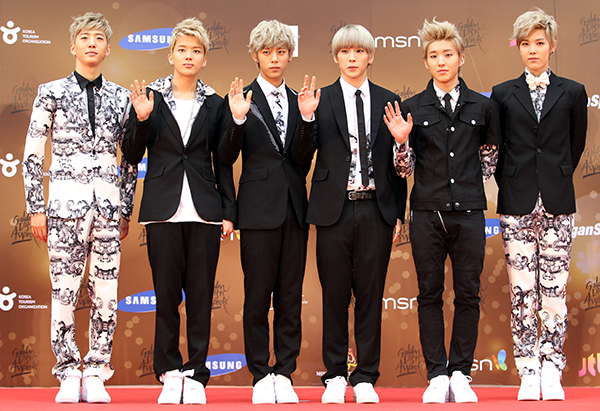 
B.A.P has set a new record in Germany: the first Korean group to be in the Top 10 in the German Asian Music Charts for a year.

According to the Europe-based music ranking organization, the group’s most recent release there ? “No Mercy” ? is still in the Top 6 despite being released more than six months ago.

The group’s debut song “Warrior” also made it to the Top 10 during the past year.

On the same chart back in October, the band managed to land both first and second place with the songs “No Mercy” and “Crash.”

Of all the K-pop bands, the six-member platinum-haired boy band is especially popular in Germany.

In an online pictorial of the best moments of 2012, the U.S. music awards organization included a picture of the group taken from a performance at the K-pop World Festival on Oct. 28 in Changwon, South Gyeongsang.

On the home front, B.A.P will release teasers today for its upcoming EP. Then on Feb. 23 and 24, it will hold its first solo concert, titled “Live on Earth Seoul.”