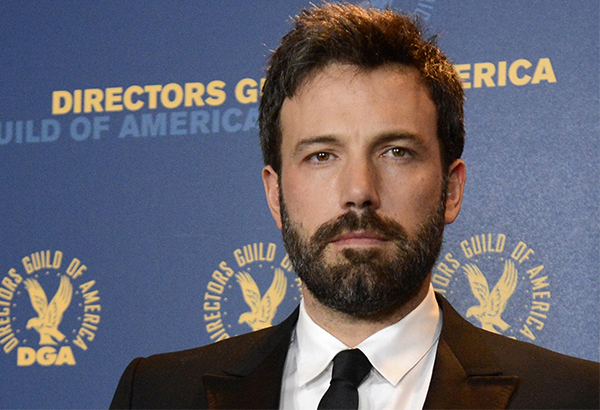 
LOS ANGELES - Ben Affleck has won the top film honor from the Directors Guild of America for his CIA thriller “Argo,’’ further sealing its status as best-picture front-runner at the Academy Awards.

Saturday’s prize normally would make Affleck a near shoo-in to win best director at the Feb. 24 Oscars, since the Directors Guild recipient nearly always goes on to claim the same prize at Hollywood’s biggest night.

But Affleck missed out on an Oscar directing nomination, along with several other key favorites, including fellow Directors Guild contenders Kathryn Bigelow for “Zero Dark Thirty’’ and Tom Hooper for “Les Miserables.’’

Affleck’s Oscar snub has not hurt “Argo’’ and may even have earned it some favor. The flick has dominated other awards since the Oscar nominations.

“I don’t think that this makes me a real director, but I think it means I’m on my way,’’ said Affleck, who won for just his third film behind the camera.

The Directors Guild honors continued Hollywood’s strange awards season, which could culminate with a big Oscar win for Affleck’s “Argo.’’ The guild’s prize for best director typically is a final blessing for the film that goes on to win best picture and director at the Oscars.

Affleck can go only one-for-two at the Oscars, though. While “Argo’’ is up for best picture, the director’s branch of the Academy of Motion Picture Arts and Sciences overlooked him for a directing slot.

Backstage at the Directors Guild honors, Affleck said he had nothing but respect for the Academy and that “you’re not entitled to anything.’’

“I’m thrilled and honored that the Academy nominated me as a producer of the movie,’’ said Affleck. “I know our movie, we’re a little bit underdog and a little bit the little engine that could, and you take me out of it maybe helps .?.?. it’s just about that picture. I feel like it’s OK, I’m really lucky, I’m in a good place.’’