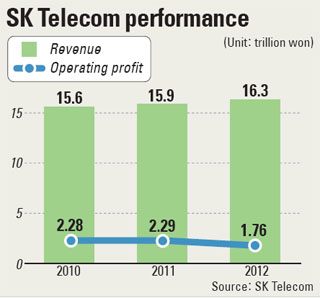 “LTE subscribers will continue to increase this year,” said Kim Jang-won, an analyst with IBK Securities. “That will eventually translate into a higher top line.”

The operator had 7.53 million LTE subscribers at the end of last year, it said. It introduced the service in July 2011. The company offers a number of LTE-enabled smartphones, including Apple’s iPhone 5 and Samsung Electronics’ Galaxy S III. Bloomberg