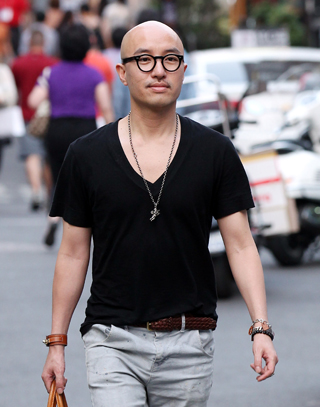 The out-and-proud comedian Hong Suk-chun educated viewers of “Healing Camp” which aired on Feb. 4 on the difference between being gay and being transgender.

The host of the show Lee Kyung-gyu said that many people in Korea weren’t sure of the difference and asked Hong for the breakdown.
Hong said that he knew this was the case as many cabbies told him, “Why don’t you get yourself fixed like Ha Ri-su, then you’ll land more gigs as a pretty lady.”

Hong clarified once and for all that in the case of TV personality Ha Ri-su, that she was born male but wanted to be female while he himself liked men.
“We are both minorities, but we are different,” added Hong.

He also joked that, “I don’t want to get anything of mine cut off.”
By Carla Sunwoo [carlasunwoo@joongang.co.kr]