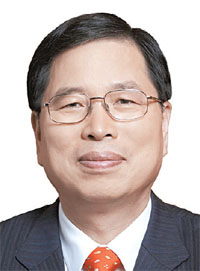 The new CEO of LG Chem, Park Jin-soo, has said the company won’t slash any investments this year, although he expects a tough year ahead due to the slow global economic recovery.

At a press conference on Monday, Park said the company will sink 2.1 trillion won ($1.9 billion) into facility investments this year, up 2.2 percent from last year.

“Despite the continuing economic downturn, LG Chem will keep making investments in facilities and its position as the leader of the Korean petrochemical industry this year,” Park said.

He said the largest investment will be allotted for an expansion of the company’s LCD glass production facilities this year. The company plans to build one or two additional production lines by next year.

The company is the first electric vehicle battery developer in the country, but it hasn’t seen remarkable growth in profits due to slower-than-expected rise in demand for electric vehicles (EV) worldwide.

Despite concerns about a deepening crisis in the Korean petrochemical industry due to rising Chinese rivals, Park said even if Chinese businesses become more self-sufficient, the country’s imports will not decrease.

“Therefore, Korean companies’ exports won’t be affected, and I can say that the Korean petrochemical industry is not facing a real crisis,” he said.