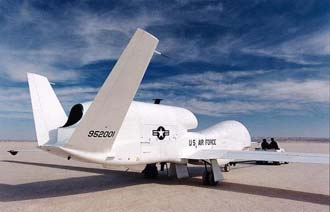 The government has been paying multimillion-dollar bills to the United States for weapons way before they needed to - just to use up the year’s budget - an audit into the country’s military and defense agencies revealed.

According to the Board of Audit and Inspection, major mismanagement problems were uncovered in the government’s purchase of arms from the United States.

Purchases through the Foreign Military Sales program, the U.S. Defense Department’s program facilitating sales of American weapons to foreign governments through the Defense Security Cooperation Agency, were of particular interest.

At the request of the National Assembly last year, the board audited the Ministry of National Defense, Defense Acquisition Program Administration, the headquarters and logistics commands of the military from October to November last year.

In a report released Monday, the board outlined a series of mismanagements of the purchases.

First a little background. Korea is one of the largest buyers of U.S. weapons through FMS programs. From 1974 to 2010, Korea spent $19.3 billion, making it the sixth-largest FMS purchaser. Saudi Arabia is the largest and Egypt, Israel, Taiwan and Australia are above Korea.

Of the 1.3 trillion won ($1.2 billion) of defense contracts that the government signed to purchase foreign weapons as of August 2012, FMS programs accounted for 66 percent.

The board looked into the 261 procurement projects signed under the FMS programs since 2006. Inappropriate payments were suspected in 67 projects, the report said. In those projects, more than 95 percent of the bills were paid, while the United States made deliveries that were less than 5 percent of the contract prices.

According to the report, the main problem is that the military and the government want to use up all the budgets allocated for fiscal years rather than delaying payments to a more appropriate time. Eventually, the weapons that have been paid for get delivered, but it can be many years later.

The report said that $54.66 million was paid in 14 projects inappropriately.

Specifically, the government signed a $56.31 million procurement contract with the U.S. government in December 2007, but no delivery was made as of October 2012. The Defense Acquisition Program Administration paid $29.59 million because it didn’t want to lose that budget appropriation at the end of the year.

In a $2.43 million sale signed in November 2010, the U.S. government requested $160,000 upfront, but the Navy Logistics Command paid the bill in full because it wanted to use up its budget.

The audit also found that 32.6 billion won of foreign exchange losses were incurred in March 2009 because the Defense Acquisition Program Administration paid its FMS payments in full, although it could have paid in installments and at a more favorable exchange rate.

The government also failed to make the best use of its upgraded status in the FMS program. Under the program, the buyer does not directly deal with a defense contractor, but the U.S. Defense Security Cooperation Agency which acts as an intermediary.

In October 2008, Korea was granted Group 2 status in the FMS program, which afforded it 17 benefits, including fast-track approval and various exemptions. Group 2 countries such as NATO members, Japan and Australia have signed separate treaties with the United States since 2000 to benefit from their status, but Korea’s Defense Acquisition Program Administration failed to realize the benefits, the report said.

The Board of Audit and Inspection also said 15 out of 39 officials who handled FMS projects since 2008 failed to meet proper standards although the jobs require highly professional skills and expertise. Of them, 24 were working on the FMS programs for less than two years.

Due to their lack of expertise, the government missed deadlines to claim $90,000 in refunds from 11 FMS programs. The officials failed to interpret the refund clause properly.