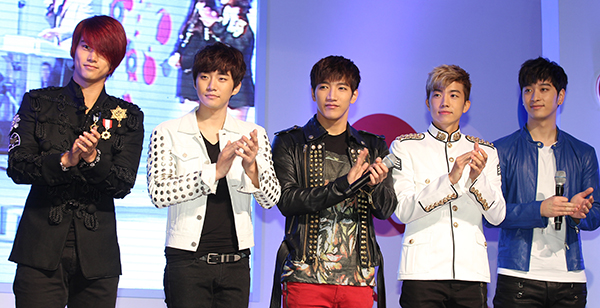 
2PM is off to a stellar start to 2013 in Japan.
Although the group’s upcoming album “Legend of 2PM” hasn’t even hit stores, a ringtone version of album single “This is Love” topped Japan’s leading mobile phone ringtone service, Chaku-uta, on Feb.4.

The song was composed by band member Junho himself.

Japanese music chart keeper Oricon also praised the group, saying that the upcoming release is currently one of the most anticipated albums.
The Korean boy band is set to perform in Tokyo from Feb. 13- 20 and then in Sapporo from Feb. 23-24.

In April, the group will take on the Tokyo Dome, expected to draw in around 110,000 fans.