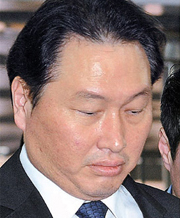 SK Group, the third-largest conglomerate in Korea, yesterday executed a reshuffle of key committee members of its top control tower dubbed Supex (Super Excellent) and executives at its key subsidiaries.

But the group appeared to refrain from a wide-scale overhaul, given that its chairman, Chey Tae-won, was unexpectedly detained Jan. 31 after being sentenced to four years in prison and the group has entered into a de facto emergency management system.

According to the announcement yesterday, SK Telecom CEO Ha Sung-min was designated as head of the strategy committee of Supex while Koo Ja-young, CEO of SK Innovation, another key subsidiary of SK Group, will lead the global growth committee. Kim Young-tae, CEO of SK Group’s holding company SK Corporation, will head the communication committee, and SK C&C CEO Jung Chul-kil will lead the ethic management committee. 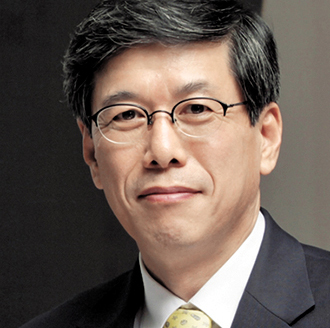 Ha, Koo and Jung will hold their previous posts.

The group also said its holding company SK Corporation’s role will focus on investment and growth as key management decisions and discussions will be made at the Supex. The group also relocated Moon Duk-kyu, former CEO of SK E&S, to CEO at SK Networks, and designated new CEOs at SK E&S and SK Shipping. A CEO-level reshuffle at SK Hynix, the conglomerate’s semiconductor arm, did not take place this time, given its co-CEO Kwon Oh-chul’s term concludes at the end of February and the other co-CEO Chey was put behind bars.