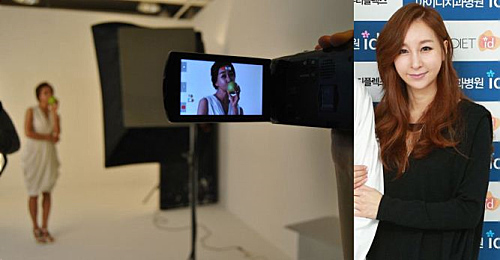 Kim Ji-hyun from the ’90s dancing group Roo’ra fame has come clean about having had work done on her jawline.
The 40-year-old singer told Star News that the reason for the bimaxillary osteotomy procedure, a risky yet popular option among entertainers, was because she wanted a change.

As well as wanting a new look, Kim said that when she lay down on the operating table last year, “I imagined that I’d die and be born again.”
Because of past pains of living in the spotlight for the last 20 years, Kim said that she was unhappy with life for some time.
“I wanted a turning point in my life,” said Kim on deciding to go ahead with the surgery in June of last year.

Since the operation, although the swelling has yet to subside, Kim said that she was thankful for each day and her new lease on life.
In a rare move, Kim took to her SNS page on Feb. 7 to tell fans that “yes,” she did have work done and she was so happy that she was shooting an ad for the surgeon who crafted her new face.