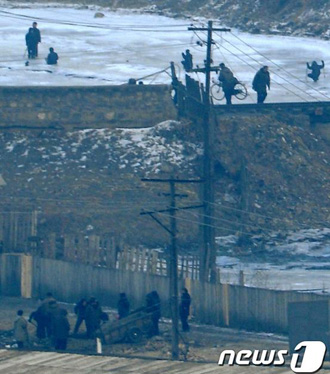 A famine in a key North Korean grain-growing region in 2012 may have killed thousands of people at the same time the country was staging mass celebrations to commemorate the 100th anniversary of the birth of the state’s founder, according to a news agency based in Japan.

It was impossible to verify the report independently and sporadic famines are commonplace in North Korea, according to experts based in South Korea. A United Nations analysis in 2011 showed that around a third of North Korean children were malnourished.

The report from Rimjin-gang/ASIAPRESS said that, based on its own reporting from the region and from contacts with North Korean defectors and people crossing the border, a famine hit the North and South Hwanghae provinces in the period of January to May 2012.

“Farming villages in the Hwanghae region, and especially in southern Hwanghae province, play an important part as a base for food supply for not just the army but also for city workers,” the report, published last week, said.

It cited examples of farmers and laborers in the region in the southwest of the country saying that “about a tenth” of a work brigade of 60 people in one village had died. Another case cited said that the death rate had been “30 people out of every 1,000. They say this is thirty times as high as a normal year.”

Rimjin-gang is an independent publisher based in Osaka that operates with undercover journalists inside North Korea.

None of the North Korean residents was named fully in the report and it was impossible to confirm its contents, although the organization said its own reporters had visited the region.

A report by the United Nations World Food Programme published in November estimated that overall food production rose by 10 percent for the 2012 and 2013 early season harvests, leaving a staple food deficit of 207,000 metric tons - something it said was “the lowest in many years”.

Despite an improvement in the overall food picture in the North, the need to feed the army and ensure supplies to the capital Pyongyang, the showcase city and core support base for the government, meant it was possible there were regional famines that have not been reported, experts said.

“Sporadic famines in separate areas are quite commonplace. Something like this is completely understandable,” said Jeung Young-tae, senior research fellow at the Center of North Korean Studies at the Korea Institute for National Unification.

“There is a huge difference in the amount of food available to the common people and the people in the government and the military,” he said. “There are basically no rations given to the common North Korean people.”

A nationwide famine in the 1990s killed a million North Koreans and the country’s fragile economy is smaller than it was 20 years ago, according to independent estimates.

Despite its economic plight, North Korea has pushed ahead with a nuclear weapons program under new leader Kim Jong-un. Reuters