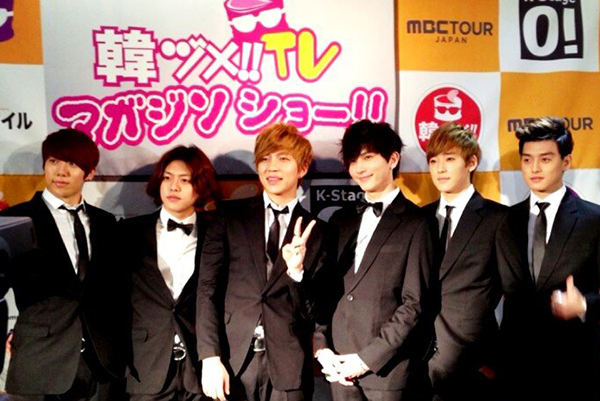 
Boy band U-Kiss has some exciting plans for the weeks ahead.

The boys attended a press conference for the show ahead of the first episode’s airing today and said that they’d give it their best.

The show aims to present Korean and Japanese entertainment news as well as spread Korean culture, and the group said it would give it’s all “to become good reporters.”

Furthermore, the boys said that they were excited about the prospect of introducing Korean culture to the Japanese public.

The group has some good news on the home front, too.

AJ, who left the group temporarily to pursue his academic ambitions at Columbia University, is set to return as promised.