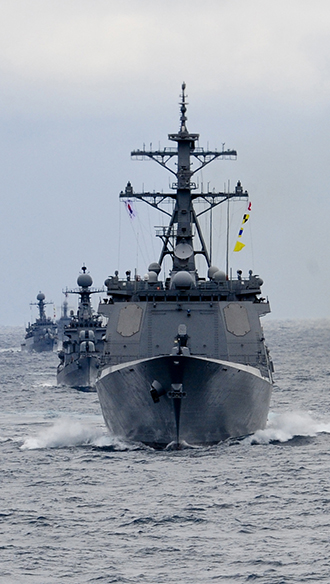 Battle-ready ­- The South Korean Navy’s Aegis-equipped warships King Sejong and Yulgok-YIYI along with other battleships sail the East Sea yesterday as part of a maritime exercise. As the possibility of North Korea’s third nuclear test looms over the Korean Peninsula, the South Korean Navy is currently conducting a naval drill that began Wednesday and lasts through Tuesday. [NEWSIS]