The United States government made it clear on Thursday that a preemptive strike against North Korea prior to the regime’s nuclear test is an option.

“We are focused on the path laid out in United Nations Security Council Resolution 2087,” Victoria Nuland, spokesperson for the U.S. State Department told reporters on Thursday in a daily press briefing.

She was referring to sanctions imposed on the North as part of measures against its recent rocket launch and the reportedly imminent nuclear test.

“[We would] continue to exert economic pressure if, in fact, the North Koreans don’t change their course.” 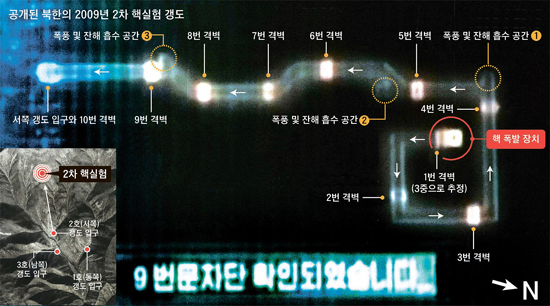 Nuland also answered a question about the U.S. position in regards to preemptive strikes against the North.

“We don’t take anything off the table,” she said. “We never do.”

Sources in Washington, however, said that Nuland’s remarks “do not mean that [the U.S.] will attack the North ahead of a nuclear test” and that “it would mean that as of now [the U.S.] will put priority on imposing sanctions following the UN Security Council Resolution while at the same time impose further [individual] sanctions on areas of defense and finance.”

“What we can do here is ensure that the six parties are unified in their response, as we did in crafting UN Security Council Resolution 2087,” Nuland said.

“We can ensure that that’s not just a piece of paper, that those sanctions are implemented around the international community and in all of our member countries, which we are very much doing.”

On Wednesday, Jung Seung-jo, chairman of South Korea’s Joint Chiefs of Staff, told lawmakers at a briefing of the National Assembly’s National Defense Committee that “a pre-emptive strike is one of South Korea’s possible reactions if the enemy [North Korea] is actually about to use a nuclear weapon.”

Responding to Jung’s remarks, North Korea yesterday threatened South Korea that there will be “real war.”

“They [South Korea] do not know what a real war is like,” the North’s propaganda Web site Uriminzokkiri said in its commentary yesterday.