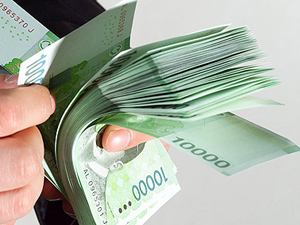 The average rate of wage increases at domestic workplaces that completed labor-management negotiations in 2012 was estimated at 4.7 percent, slightly lower than the previous year's 5.1 percent, government data showed Monday.

The on-year fall in the wage increase rate apparently reflected local conglomerates' reduction of incentives and merit pay for their employees, officials at the Ministry of Employment and Labor said.

According to the ministry's survey of 6,814 companies that had more than 100 employees and completed wage negotiations, the average wage hike was tallied at 4.7 percent, marking a fall of 0.4 percentage point from 2011.

"It seems that the economic slump appeared to slightly weaken conglomerates' capabilities to increase merit pay and incentives," said a ministry official.