Crime-prone areas to be monitored by high-definition cameras

Crime-prone areas to be monitored by high-definition cameras 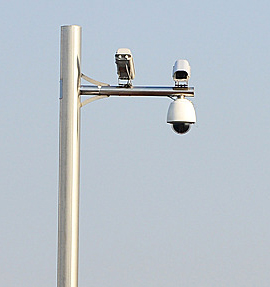 The NPA will spend 5.6 billion won (US$5.1 million) this year to install 500-1,000 surveillance cameras in areas in need of special monitoring for sex offenses and other crimes.

The latest move comes as police have stepped up patrols near areas populated with single family homes and deserted houses as well as low-income areas and redevelopment zones in light of a series of crimes against women and children.

Officials say they expect the high-resolution CCTVs to help prevent crimes and speed up investigations.

The NPA said it will use geographical information and criminal data to determine crime-prone areas and put priority on areas that generate high volumes of emergency calls.