No agency, no limits for Joa

No agency, no limits for Joa 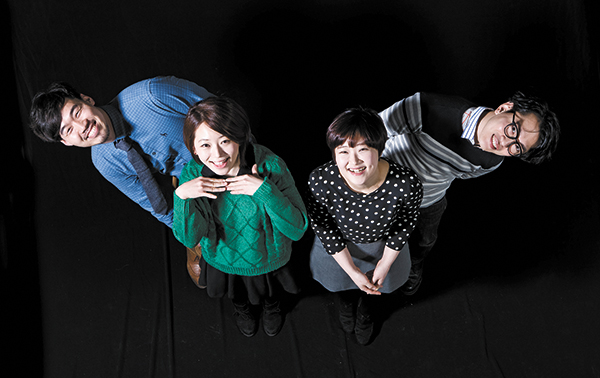 What happens when a group of people come together all for the love of music?

“A band that does what it does because it wants to,” or Joa Band for short.

Consisting of two males and two females, the aptly named group has come a long way from its humble beginnings five years ago. Since then, it’s made five releases, including one last month.

The band has no frontman, no agency and no concrete plans, but they do have a van and freedom to do as they please.

Zo Zno is on percussion and ukulele, Son Hyeon plays guitar, Back Ga-young does bass, and An Bokjin plays accordion and piano.

That seems to be enough for the four musicians, who spend much of their time scoping out future performance venues.

Over the years, the indie group grew tired of the amateur scene in Hongdae and decided to step it up working on music full-time and releasing their first album, “If We Were the Seasons.”

Though the musicians said they fought a lot during the production process, all 13 tracks made it to release and now they have one more goal, humble as it may be: “to make enough for the next album.”

The band sat down with the Korea JoongAng Daily to talk about their unusual path to the music business that has now become their life and livelihood.


Q.Can you tell us about your flavor of music?

A.We are street musicians, and like all true buskers, we place our focus on acoustic sounds. Although we’d fall in the category of pop music, because of our instruments, I guess genre-wise we’d best be called folk musicians. 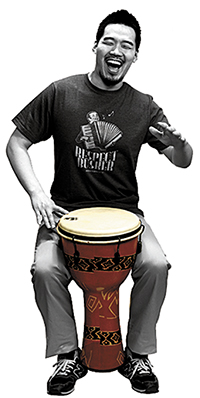 Zo Zno: Born 1984. Plays percussion and ukulele. Takes inspiration from real life. “When I was in school, my music teacher said to me one time that what was wrong with popular music these days was that lyrics were too literal.”

Another interesting fact about our band is that we have no lead vocal. All four of us dabble in song-writing and have our own unique style when it comes to singing.

Can you tell us more about the folk music scene?

I’m no expert on the folk scene abroad, but at home the genre was in its prime in the 1980s.

But despite this, I think that even now there are musicians emerging on the scene with heartfelt lyrics and beautiful melodies.

The most crucial element is that all lyrics be written by the performers themselves.


How do you manage gigs?

Because we don’t have an agency, there is a limit to how far we can go on booking gigs.

When we get asked to take part in a gig, we try our best to do so.

An Bok-jin: Born 1986 Plays the accordion and the piano. “I look to people to write music. I’ve written songs on people that I know.”

Normally, once we decide on a date, the band goes into preparation mode.

And because we are a band that performs on the street frequently, when we do hold a show at a proper venue, we try our best to make it different to our routine gigs.

In the summer, we like to think that we boost listeners’ health with our shows.

We tried a school-themed show, too, where we devised various segments like different classes in a school day.

Then we had the “Office Corner Concert” for which we visited two companies each month to cheer on workers with our music.
Our gigs have been a trial-and-error experience because through these shows, we learned so much about our strengths and weaknesses.


Do you have any plans to sign with an agency?

Our focus is clearly articulated in our name. Thus so long as we can survive and can carry on doing what we do, we’d be OK with signing. 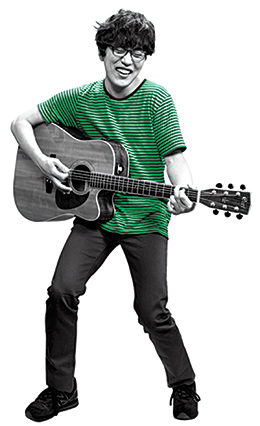 Son Hyeon: Born 1981. Plays the guitar. Takes inspiration from TV and films. “I write down dialogue from TV shows or films for lyrical cues.”

When did you start noticing your followers? How important is communicating with fans?

As soon as we took to the streets, we opened our Web site. Because we perform on the streets, we needed a place even if it’s online where we could connect with our listeners. Through the internet, we were able to talk to our fans.

When we hit the 300 mark, we even held a celebratory gig for our fans.
Of course today there are more smartphone users, and thus, SNS tools like Facebook and Twitter are huge. This means we have a lot of homework to do.

But it’s so great being able to respond and get feedback in a timely manner.

We hope to do a lot more with SNS.


Do you have any unique experiences bumping into fans outside the gig setting? 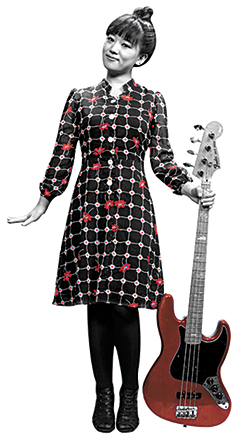 Back Ga-young: Born 1987 Plays the bass. “I rely on traveling, going to new places to write music.”

All the time. Our fans will come and approach us in the most unlikely of places.

A few nights ago, we did a radio show, and after we left the studio, we got a text from the program director who had been a fan for a while and had booked us for the show because of it. We felt all warm and fuzzy about it.


Can you sum up all that you’ve done so far and also tell us a little about your new album?

In 2009, an owner of a cafe offered us a venue, and our fans pooled money for us to release an EP titled “Newspaper Delivery.”

From then on, we recorded during winter, when we couldn’t take to the streets, and in the other seasons, we toured around Korea selling our EPs. We’ve released two more since.
We also collaborated with a hip-hop team called the Taxi Times and experimented by putting rap on top of acoustic base.

Three EPs and one collaboration album later, our latest album, “If We Were the Seasons,” is our fifth release, although it’s our first regular album. So this is our first full album since our debut in 2008.

To be honest, we had no intention of releasing a full album because we thought it’d be hard to sell a lengthy - and more expensive - album on the streets.

But ever since all four members began writing, we ended up with way too many songs, so it seemed appropriate to release an album containing all our pieces.

Unlike our usual releases containing five songs, it took about a year to complete the EP.

We thought that our different styles were best portrayed as seasons and thus decided on the title.


A lot of indie artists these days take the route of singing-audition shows. Would you ever consider such a step?

No, because we don’t want to be famous. We think it would be inconvenient once the whole nation knows who you are. Simply put, we aren’t prepared for that kind of fame.

We don’t have that sort of stage appeal to wow the crowds, nor do we have the exceptional good looks needed for that kind of path.

We are happy sticking to writing songs about daily life, and that’s not really compatible with TV shows.

Plus, it’d be kind of ironic for a “Band that does what it does because it wants to” to be on a mainstream show like that.

When you reach the top too quickly, there’s only one way to go - down.