Spring in the air as MLB training camps begin

Spring in the air as MLB training camps begin 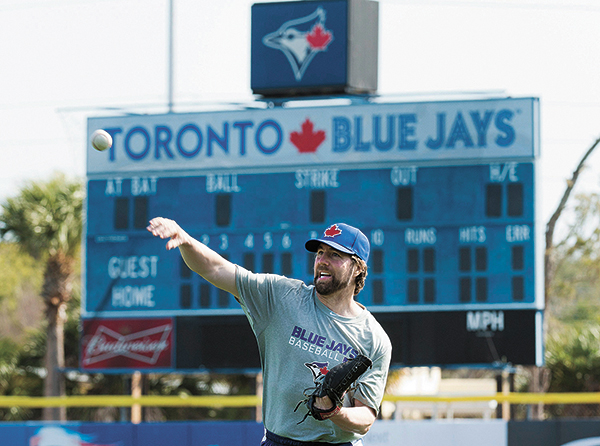 The calendar may still read February, but for restless baseball fans spring has arrived with pitchers and catchers reporting to diamonds in Arizona and Florida to begin Major League Baseball (MLB) Spring Training.

The slap of the hardball into leather mitts will be heard in Florida when the American League pennant winning Detroit Tigers join nine other teams opening training camps on Monday, while the World Series champion San Francisco Giants highlight another 15 clubs getting down to business on Tuesday.

By Wednesday, players on all 30 MLB teams will be loosening up their arms and strengthening their legs to prepare for a 162-game, six-month season that kicks off March 31.

With an MLB probe into possible doping infractions pegged to an anti-aging clinic in Florida hanging over the sport, lovers of the game could not be blamed for looking forward to focusing on the action between the lines.

The wait will not be long as Spring Training games start February 22 in both the Cactus (Arizona) and Grapefruit (Florida) leagues, a week earlier than usual to accommodate the March 2-19 World Baseball Classic in which Japan will aim for a third successive triumph.

The opening game of MLB’s regular season will feature an intra-state rivalry as the Texas Rangers head to Houston to play the Astros on March 31 in their first game as a fellow member of the American League West division.

Houston’s shift from the National League gives each league 15 teams and creates a steady diet of interleague play with one such series taking place virtually every day of the season.

The Cincinnati Reds, last year’s winners of the NL Central, will host the Los Angeles Angels on April 1, becoming the first teams to start their seasons with an interleague match-up.

The Reds have juggled their pitching staff to move flame-throwing lefty closer Aroldis Chapman to the starting rotation, and have also added Korean Choo Shin-soo to their outfield.

The Angels, who added Albert Pujols to their lineup last season, imported another top slugger in former Texas outfielder Josh Hamilton in their drive to win the AL West.

While the Giants return most of their Fall Classic roster for their defense of the title, several teams made dramatic changes to boost their championship chances.

The Toronto Blue Jays engineered the most radical revision thanks to the budget-minded Miami Marlins, who traded them pitchers Josh Johnson and Mark Buehrle, and dynamic shortstop Jose Reyes in a package for young prospects.

Toronto, who finished 22 games behind the New York Yankees in the AL East, are now rated as favorites after also adding NL Cy Young winning knuckleballer R.A. Dickey from the Mets, and Giants outfielder Melky Cabrera, who was leading the NL in batting average before a 50-game doping ban last August.

“We haven’t done anything yet. We like our chances, we like the talent, but there is still a lot of work to do.”

In the National League, the Los Angeles Dodgers, who failed to reach the postseason in 2012, used some of the windfall from their massive new TV deal to sign starting pitchers Zack Greinke and Korean import Ryu Hyun-jin to challenge the Giants.