Road to strong growth will have to begin at home

Road to strong growth will have to begin at home

After being the first to sail through the worldwide crisis of the late 2008, Korea believed that its export-based economy would be on track to recovery in 2010 and 2011.

Export-friendly policies, including the depreciation of the won against the U.S. dollar, helped companies like Samsung and Hyundai-Kia Motor Group become household names around the world and expand their global presence.

As a result, Samsung in 2012 became the first Korean company to break the 200 trillion won revenue mark, a threshold only a handful of multinational companies have achieved.

But today, Korea Inc. faces one of its biggest challenges in recent years. Starting in the second half of last year, the global economy once again decelerated, crippled by growing tensions over the European fiscal crisis, the slowing Chinese economy and the looming U.S. fiscal cliff. As a result, Korea’s economy expanded by just 2 percent in 2012, the lowest since 2009.

Although the government is optimistic that exports will continue to keep Korea Inc. well-oiled and moving forward, the recent depreciation of the yen on top of low global demand is likely to keep Korea’s outbound shipments at about the level of the past couple of years.

With strong exports, which have been the driving force of the nation’s economy, in doubt, the focus is shifting to the domestic market.

Many experts believe that boosting domestic industry is crucial if Korea Inc. is to resume robust growth and achieve its target of 2.8 percent this year.

Even President-elect Park Geun-hye during the campaign emphasized the need to raise the competitiveness of the domestic market.

However, during the past five years the domestic market has been on the back burner as the Lee Myung-bak administration concentrated on expanding the economy through exports.

In fact, the domestic market is already in a huge jam, and experts say the need for government action is urgent.

The nation’s think tank Korea Development Institute (KDI) in a report released last week warned that the struggling domestic market will be the biggest obstacle to the nation’s growth.

At the last minute before the Lunar New Year, customers lined up at the cash registers of major discount stores with bags full of vegetables and fruits.

Yet even with the last minute shopping rush, the retail industry speculates that sales this year will not match those of recent years. The Lunar New Year and Chuseok, or Korea’s Thanksgiving, have the holidays when the retail and related industries see revenues surge.

But this year, many people may have tightened their purse strings amid fear of slow economic growth.

Korea’s two leading discount stores, E-Mart and Lotte Mart, both expect that sales during the Lunar New Year fell between 5 and 10 percent compared to last year.

“Not only individuals, but even companies, have cut back spending on gift sets and other Lunar New Year goods,” said an official at E-Mart. “We expect it will take some time before the market recovers.”

In hopes of breaking out of this depressing mood, retailers are holding numerous discount events.

The top three department stores - Shinsegae, Lotte and Hyundai - starting tomorrow will cut prices on a total of 85 billion won worth of high-end luxury goods, a record amount.

Retail is not the only domestic industry feeling the pinch of near-flat growth. Construction, banks and others have seen falling profits.

The construction industry last year contracted 1.3 percent compared to 2011, and in 2010 it declined 4.6 percent. The sector has been suffering since 2008, and the domestic real estate market still shows no signs of recovery.

The Construction Association of Korea estimates that domestic construction orders last year were 8.3 percent less than the previous year at 101 trillion won. If so, it would be the lowest value of orders since 99 trillion won in 2005.

Orders from both the private and public sectors have fallen. Government projects have shrunk 7 percent year-on-year, while the private sector orders were down 9 percent.

Except for major construction companies that have been increasing overseas projects, many smaller local companies faced mounting debts and a lack of work.

There already are rumors that the construction industry may undergo a massive restructuring.

Since 2008, six listed companies, including C&Woobang and Poonglim Industrial, were delisted from the stock market. Currently, two companies are at risk: Hanil Construction has until the end of March to resolve its capital situation, while Ssangyong E&C has been in the red for two consecutive years.

And the future doesn’t look rosy, with the government cutting budgets for infrastructure this year and President-elect Park targeting what she sees as unnecessary projects.

“As important as it is to set a policy, it is more important to see that the policies are implemented efficiently,” Park was reported saying at a meeting with her transition team last month.

“Several trillion won is invested on infrastructure projects every year, but when touring the country there are many roads where no car passes by,” Park added. “There are numerous government policies, but we have to check to see that none of it is being wasted.”

The service industry, including finance, isn’t doing any better: Service sector growth in 2012 was off 2.4 percent year-on-year.

The situation is particularly bad for the financial industry. Banks last week released their 2012 performance reports, with some showing operating profits cut by half.

The net profit of the four major banking groups - KB, Woori, Shinhan and Hana - plummeted more than 20 percent year-on-year. The situation is expected to be much worse this year as consumers are less attracted to low-interest returns at a time when banks are under government pressure to make more loans.

The brokerage industry is expecting similar performances. The 2012 fiscal year of brokerage houses ends in March, but operating profits of 17 leading companies from April through September was down 40 percent to 454 billion won.

Already, many brokerage firms are closing branches. According to the Korea Financial Investment Association, as of the end of the third quarter last year the total combined branches of the 62 brokerage firms stood at 1,681, 98 less than the previous year.

Mirae Asset Securities shut the most number of branches at 39, followed by Tong Yang Securities at 20 and Hanwha Securities with 16. 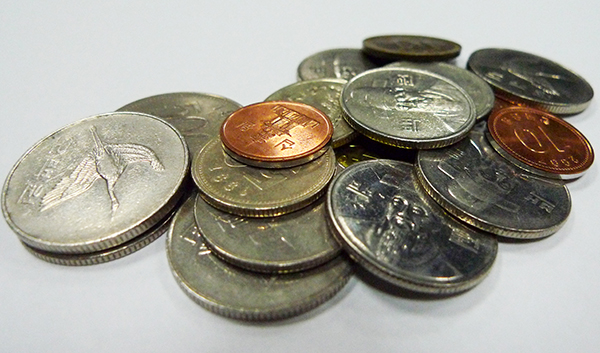 The struggles of the domestic market are largely the result of a lack of attention by the government, observers say.

A former CEO, President Lee was clearly aware of the positive and negative influences of exchange rates on selling goods abroad.

Thus, his administration prioritized policies focused on supporting the growth of exports.

That means the domestic market’s share of GDP is nearing 40 percent.

Well aware of the urgency of the situation, Park last month called for changes in the economic structure of the country.

“We need to use a strategy that would raise the competitiveness of the service industry,” Park said.

But at the moment, one of the biggest challenges the domestic market faces is frozen spending in the private sector.

Disposable income last year grew at the same rate as the previous year at 6.3 percent, and consumer spending that grew nearly 6 percent in 2011, shrunk to 1 percent in 2012.

“The government has to move away from an export-driven policy to balance it with those that would help improve the domestic market,” said Jeon Min-gyu, senior analyst at Korea Investment and Securities.