CN Blue in trouble for past performance

CN Blue in trouble for past performance 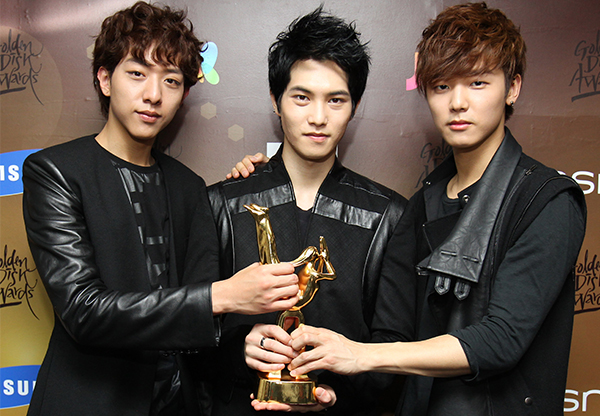 
CN Blue was sued by the rock band Crying Nut for a rendition of the latter’s song on Mnet “Countdown” some years ago.
Seoul Central District Court said on Feb. 12 that FNC Entertainment, which houses the idol group, was being sued for infringing on copyright laws after CN Blue sang a Crying Nut song, which went on to be recorded and sold in Japan through a DVD.

Mnet came to the defense of CN Blue by saying that it was their fault and that it had previously paid Crying Nut for the license but didn’t think the group would take up the matter against the band, too.
“We will do all we can to settle the matter,” said an Mnet spokesperson while FNC said that they were unfortunately involved in a case that they had no control over from the beginning.