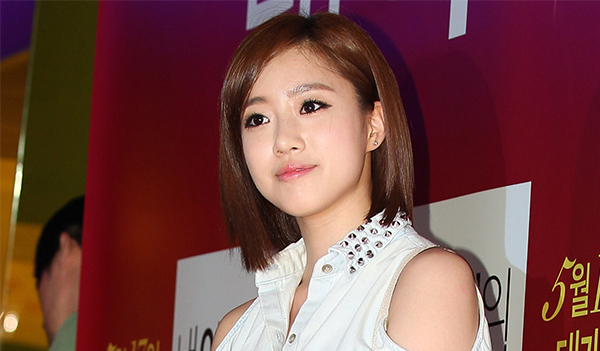 
The drama production company behind “Five Fingers” has issued a formal apology, months after it dropped T-ara’s Eunjung ahead of the program airing.
Yein E&M said through its official Web site last week that it was sorry to let Eunjung go “without any previous notice.”

“We regret the situation in which Eunjung found out about her dismissal through news reports,” said the producer, adding that citing the singer’s new hair color as reason for firing her was a bad call on its part.
“Furthermore, we hope that Eunjung will recover from all this, and we’ll work hard to make sure such an instance doesn’t happen again in the industry,” said the agency which offered its apology to the Korean Actors Labor Union.

The timing of Eunjung’s dismissal was unfortunate in that it coincided with the T-ara scandal which saw the group let go of its youngest member Hwayoung.
Rumors were rife that she was bullied by group members which in turn led to T-ara losing its fan base.