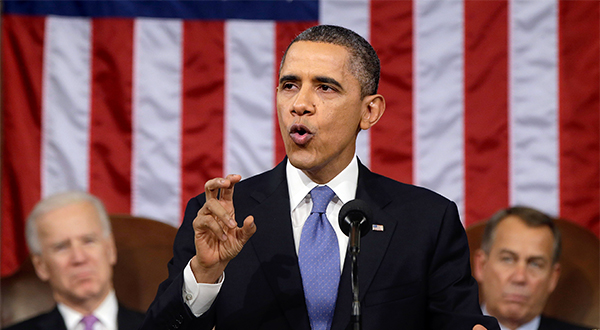 
U.S. President Barack Obama condemned Pyongyang in his State of the Union speech yesterday, saying that the regime should meet its international obligations and the world should take firm action against the regime’s nuclear threats.

“The regime in North Korea must know they will only achieve security and prosperity by meeting their international obligations,” he said. “Provocations of the sort we saw last night will only further isolate them, as we stand by our allies, strengthen our own missile defense and lead the world in taking firm action in response to these threats.”

Obama’s speech came one day after the communist regime conducted its third nuclear test on Tuesday despite international warnings not to do so. Countries including South Korea, the United States, China and Japan condemned the test, which violates United Nations Security Council resolutions. 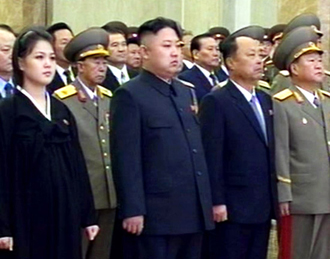 The leaders of South Korea and the U.S. spoke over the phone hours before Obama’s speech yesterday.

“North Korea’s nuclear test is a challenge against not only South Korea and the U.S., but also the world,” President Lee Myung-bak said. “International society should show North Korea that it has nothing to gain by conducting a nuclear test.”

Obama responded to Lee by saying the U.S. will consider independent sanctions on Pyongyang in addition to those coming out from the United Nations Security Council.

President-elect Park Geun-hye also maintained a firm stance, saying Pyongyang will not gain any diplomatic leverage from the test.

“Even if North Korea conducts its fourth and fifth nuclear tests and not just its third test, there will be no case in which North Korea gains negotiating power,” Park said yesterday during a discussion with members of her transition team’s foreign affairs, defense and unification subcommittee. “North Korea will gain more negotiating power, if it seeks to give up its nuclear weapons.”

She continued: “If North Korea ramps up its nuclear capability by conducting as many nuclear tests as it wants, it will become an isolated country in international society and will keep its people in poverty.”

Park said that if the North wastes its resources on nuclear weapons, the North will put itself on a path to collapse.

“It should know that the former Soviet Union did not collapse because it didn’t possess nuclear weapons,” she said.

And yet Park said her position of pursuing a process of trust-building on the peninsula to restore inter-Korean relations was still valid.

“Many people seem to think that the trust-building process on the peninsula which the incoming administration is trying to pursue should be reviewed,” Park said. “But the policy of a trust-building process was put together while recognizing such North Korean behavior, so there will be no changes in the big policy framework.”

An emergency meeting was also convened by the United Nations Security Council to look for ways to impose further sanctions against the North’s nuclear and missile programs.

Yesterday, Kim Sung-hwan, Seoul’s foreign minister, had a telephone conversation with his Chinese counterpart Yang Jiechi and discussed the situation on the Korean Peninsula. Kim is in New York.