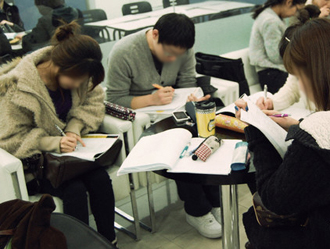 President-elect Park Geun-hye will struggle to keep her campaign pledge to raise the employment rate, especially for people fresh out of college.

According to Statistics Korea yesterday, the number of people in their 20s and 30s who managed to find jobs in January reached a 30-year low.

The unemployment rate for people aged 15 to 29 was 7.5 percent, unchanged from the previous month and the highest since last June’s 7.7 percent.

About 322,000 new jobs were created across all age groups last month, up from 277,000 in December. The total unemployment rate in January was 3.4 percent.

“The biggest victims are people in their late 20s, who need to get jobs to start earning money,” said Kim Beom-seok, a director of the economic policy bureau of the Ministry of Strategy and Finance. “The drawn-out economic downturn has forced companies to stop expanding their work forces for now.”

In addition, Kim said, many people over 25 have both a bachelor’s degree and a master’s, making them over-qualified for entry level jobs. “There’s a mismatch between the positions sought by these jobseekers and those offered by employers,” Kim said.

The number of newly employed 20-somethings has decreased for nine straight months since last May.

Analysts say it might be hard to raise the country’s employment-to-population rate for Koreans between the ages of 15 and 64 to 70 percent this year, as President-elect Park pledged during her election campaign.

According to Sohn Min-joong, a researcher at the Samsung Economic Research Institute, in order to reach 70 percent, about 250,000 jobs would be needed to be created every year. When the country’s GDP grows 1 percentage point, about 70,000 new jobs are added. Other analysts said the economy should grow by more than 5 percent every year to achieve the incoming president’s goal.

However, the government’s growth outlook for this year is 3 percent, and actual growth could be in the 2-percent range.

“It would be difficult to achieve the goal considering the low growth forecasts for the country,” Sohn said.

The employment-to-population rate currently stands at 63 percent. The rate for young people has been hovering around 40 percent for the past year.

Park promised to add jobs to the public sector to tackle youth unemployment.