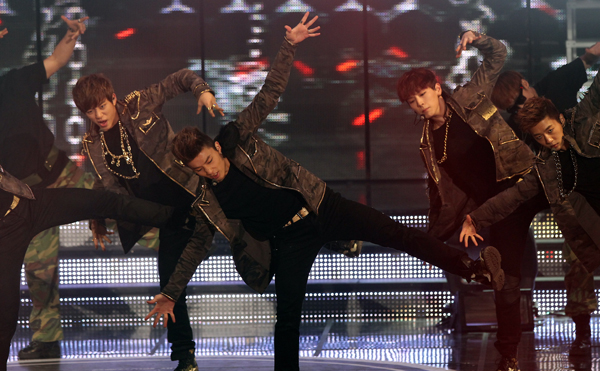 Boy band B.A.P managed to dominate 11 iTunes Hip-Hop charts with its latest release “One Shot.”
The group’s second EP was received with much enthusiasm as was evident by the group topping the charts of the United States, Canada, New Zealand and landing second in Sweden, and third in Australia, Norway and Finland.
The EP was fourth in England and Japan.

Band’s agency TS Entertainment said that the group was placed alongside world-renowned hip-hop artists like Flo Rida and Gorillaz.
“The group has transcended Asia and into North America and Europe too,” said the agency.
Meanwhile at home the group will perform on KBS’ “Music Bank” on Feb. 15 to promote the EP released on Feb. 12.
The group is also nearing its first solo concert to be held at Olympic Park, eastern Seoul on Feb. 23 and 24.