Davichi back in the spotlight

Davichi back in the spotlight 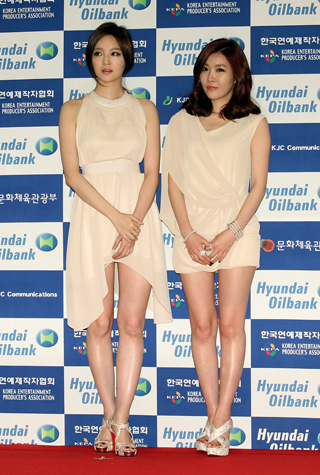 Female duo Davichi has returned with yet another ballad. The pair has picked “Do You Not Know” as the song to step back into the limelight with.
The tune is also the theme song to KBS’ “Iris 2” which began airing Feb. 13 and was recorded with a 70 piece orchestra ensemble.

After being released on music download sites the song has come to top various charts on Mnet, Soribada and Bugs among others.

Davichi said that it chose to let KBS use it as a theme song after reading the synopsis. The group is said to be stoked at fans’ responses to the track and said that it couldn’t wait to release its next album.
The release will be the group’s second regular album since it made its debut five years ago.