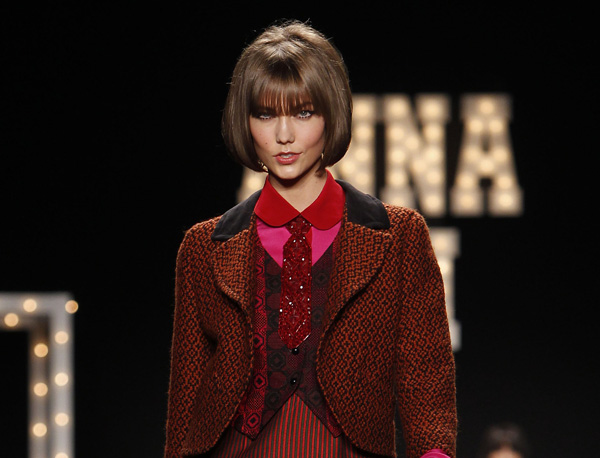 NEW YORK - Karlie Kloss is a favorite finale model, closing the catwalk again Wednesday at Michael Kors during New York Fashion Week. She did the same the night before, escorting Oscar de la Renta for his bow.

It’s these close ties to fashion designers that put her on a flight from Los Angeles after the Grammy Awards on Sunday so she could make it to Carolina Herrera’s runway bright and early the next morning.

“These are my friends. That’s why I got back in time. It’s a family reunion at fashion week,” Kloss said.

She did have a blast acting as MTV’s red-carpet hostess and style expert.

“I don’t know everything about music, but my knowledge of fashion let me enjoy it all, and I could bring that element to it. ... It was full circle, and that made it fun.”

Still, Kloss said, while she is still offered runway work, it’s her first love. She recently took in a fashion show in Berlin for the first time as a front-row guest.

“I’d rather be walking, but the experience did give me a new perspective. I might be a little more aware of what I look like.” AP