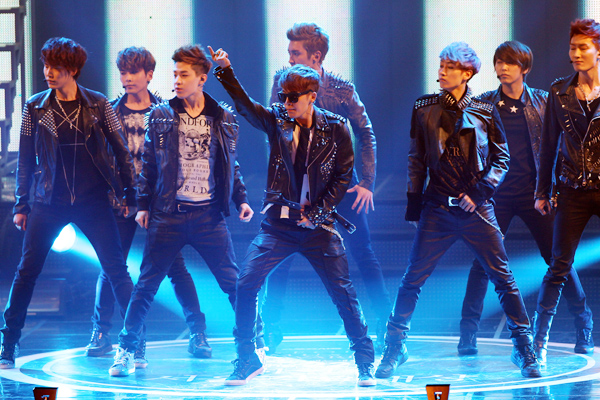 Super Junior will hit the road for the fifth time with another “Super Show” tour to China, Japan, South America and Europe, and elsewhere in Asia.

The tour will kick off in Korea on March 23 for two days. SM also announced that along with the concerts, the band will hold fan meets with international fans in mind. Thus, packages that combine fan meets and shows will be available for purchase.

In its four previous runs, “Super Show” has entertained more than 900,000 fans worldwide since 2008.

The boy band is no stranger to drawing large crowds. As well as its solo show, the band takes part in SM Town Live tours, alongside K-pop greats Girls’ Generation, BoA and SHINee.

Last year, SM’s talents went to the United States and Europe, where fans turned up in droves.

Last month, Super Junior’s subunit group Super Junior M topped the Billboard World Album Chart for the week ending Jan. 26. “It’s unprecedented for an album recorded in Chinese to do so well on the Billboard charts,” said a spokesperson from SM Entertainment.