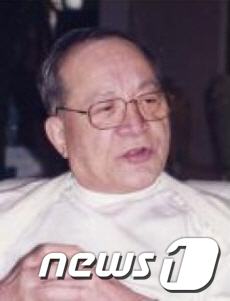 The biggest chaebol sibling feud is entering a second round as the older brother of Lee Kun-hee, who runs Samsung Group, refuses to accept a court ruling denying him a greater share of the family’s wealth.

Lee Maeng-hee, the 82-year-old first son of Samsung founder Lee Byung-chull, yesterday appealed a ruling by the Seoul Central District Court earlier this month that favored his younger brother Kun-hee in an inheritance dispute worth 4 trillion won ($3.8 billion). Yesterday was the deadline for filing an appeal.

A year ago, Maeng-hee, former chairman of CJ Group, filed a lawsuit against his younger brother demanding the return of part of an inheritance that, he said, Kun-hee secretly incorporated into his assets through borrowed-name accounts. Although the Samsung founder passed away in 1987, Maeng-hee insisted he didn’t know his inheritance had been pocketed by his brother until a June 2011 tax probe.

Maeng-hee asked for ownership of shares in the Samsung Electronics and Samsung Life Insurance.

On Feb. 1, the Seoul Central District Court ruled that the 10-year statute of limitations for inheritance issues had expired for the stake in Samsung Life Insurance, though some of the stocks were indeed left to Maeng-hee and other siblings.

Regarding claims to Samsung Electronics, the court ruled it was difficult to consider the stakes as part of the siblings’ original inheritance.

Samsung issued no statement about the appeal.