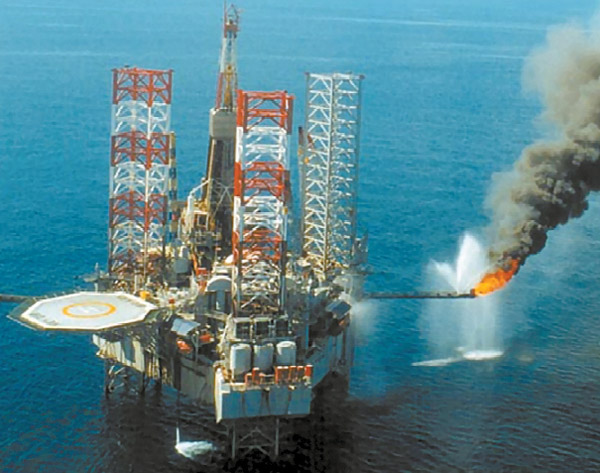 After years of scouring the world for the natural resources it lacks, Korea should try a more cooperative approach in the future to get on the good side of developing economies.

Cooperation with developing countries that are resource-rich should focus on sharing Korea’s experience of development of basic infrastructure and industry rather than just seeking a free trade agreement with them.

“While it is essential for Korea to make free trade agreements with developed countries for exporters, signing FTA deals with developing countries will not necessarily be the answer for Korea or its partners to boost each other’s economy,” said Cho Seok, vice minister of the Ministry of Knowledge Economy.

“Developing countries may think that opening up their economies will threaten a collapse of their own industrial bases,” he said, “so a different approach would be more worthwhile. One way to do it is to share insights we have accumulated through our history and how we got our economy up and going.” 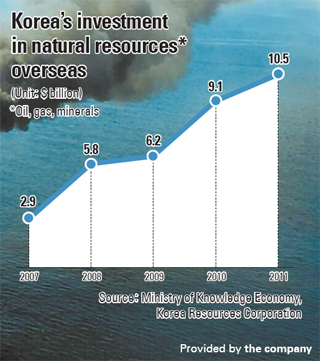 Developing countries have shown interest in the idea.

“Countries with abundant natural resources are asking us to build a smelting factory in exchange for mining rights, or some other factories that can produce more value-added products from their natural resources,” said Koh Jung-sik, president of Korea Resources Corporation (Kores).

Korea, with its lack of resources, has had to source them overseas.

Experts say it’s time Korea takes the lead instead of being a part of consortiums that excavate oil, gas and other minerals.

When a company has the rights to manage a mining lot, it is in control of all processes from mining to trading of those resources.

Among 505 mining lots Korean companies are involved in, only 17 are fully managed and operated by them, according to government data.

“Although it’s important that the country has spread its name in the global energy sector through actively bidding for mining lots, it is now time to focus on making the most out of what we already have,” said Cho.

Investment in mining from both the public and private sector totalled $10 billion last year while the yearly investment amount was merely $2 billion in 2007, according to research fellow Jung Woo-jin of Korea Energy Economics Institute (KEEI).

“Winning the rights to operate and manage mining lots is a must for stable energy supplies,” he said. Korea should start operating more mines, even small ones to accumulate management know-how to bid for larger ones in the future.

“It’s time for Korea to expand its skills through active mergers and acquisitions with global companies to make up for the lack of accumulated experience due to our relatively short history in the global mining market,” he said.

Korea started overseas mining in the early 1980s, but many people in the field lost their jobs in the aftermath of the Asian Financial Crisis in the late 1990s.

Ever since, state-run corporations have been prominent in the field.

To help Korea win operational rights to mines, state-run corporations should recruit officials from private companies to use their experience.

“We can see some synergy effect from exchanges of human resources between private and public companies, as private companies have shown strength in managing finances and generating profits from investments in mines while public companies can patiently pursue long-term projects without immediate results,” said Jung of KEEI.

Industry officials recognize the need for cooperation between the private sector and the government.

“To compete with global energy companies that lead the market, including Exxon and Mobil, we need to work with the state-run corporations rather than compete with them right now,” said an industry expert.

“Energy exploration entails lots of risks financially, so the private and public sector need to complement each other.”

One of the first oil fields Korea won mining rights to was in Vietnam in 1998, and that included both SK Innovation and the state-run Korea National Oil Corporation.