Leadoff hitter a key focus for Korea at the WBC

Leadoff hitter a key focus for Korea at the WBC 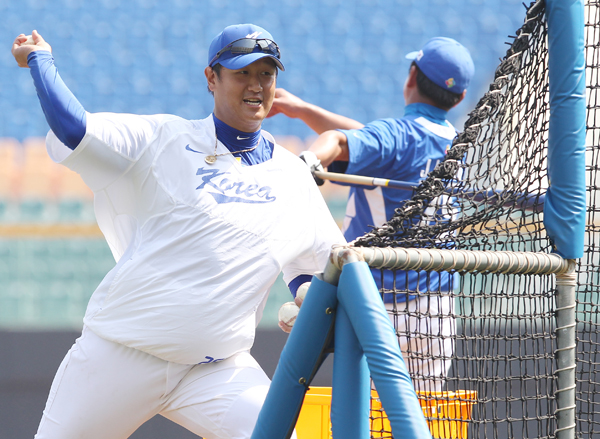 Lee Dae-Ho, an infielder for the Korean World Baseball Classic team, pitches at a morning training session at Douliou Baseball Stadium in Taiwan yesterday. Team Korea will face the Netherlands on March 2. By Kim Min-gyu


With less than two weeks to go before Team Korea has its first game at the 2013 World Baseball Classic, Korean manager Ryu Joong-il has been stressing the role of his leadoff hitter.

“Only when the leadoff hitter gets on base will the main lineup be able to maximize its demolishing power,” Ryu told reporters during a training session in Taiwan.

Usually, spring training doesn’t end for baseball players until late March or early April, not long before the season starts. But they need to be ready early for the WBC, which begins in early March.

Korea will take on the Netherlands on March 2, Australia on March 4 and Taiwan on March 5.

Because Team Korea only began group training last week, there are no guarantees that the players can be whipped into shape in the two weeks they have to prepare. 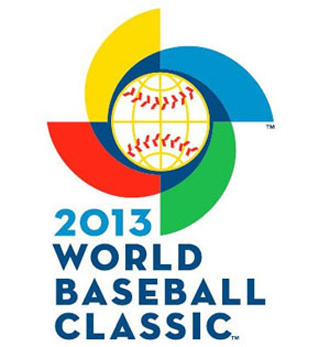 Japan, which Korea is anticipating meeting in the final more than any of the other 16 teams in the tournament, is also echoing the importance of the lead hitter.

Japanese manager Koji Yamamoto said in an interview with a Japanese paper that if the leadoff hitter gets on base, that opens up more ways for the team to score. He said he will deploy players with a high on-base percentage and who are good at stealing, such as Yohei Oshima, an outfielder for the Chunichi Dragons, and Hisayoshi Chono, an outfielder for the Yomiuri Giants.

Ahn Kyung-hyun, a baseball commentator for SBS ESPN, agrees. “No matter how strong the center players in the batting order are, the game can’t go smoothly unless the leadoff hitter gets on base,” he said.

Ahn suggested that Lee Yong-kyu of the Kia Tigers will be a great asset for Korea as leadoff hitter.

In the second-round game between Korea and Japan in the 2009 WBC event, Lee hit a single off Darvish Yu, then the starter for Japan who now plays for the Texas Rangers, in his first at-bat and then stole second. That paved the way for Korea to score three runs in the first inning and seal the victory. The team was able to add one more in the eighth, and won the game 4-1.

It’s highly likely that Lee will be called in as leadoff hitter again this time. “Lee Yong-kyu knows how to run. His feet play a role wherever they’re needed,” said Tigers chief assistant coach Lee Soon-chul.

Ryu said he will also try improving the players’ running ability and defense, which are less affected by the current conditions than batting or pitching. Baseball observers say defense and running will be more important this time as the pitching resources of Ryu’s squad are considered the weakest ever for a Korean team. Key pitchers have pulled out citing injuries or needing time to get used to their new clubs.

“There should be no slumping in defense and running,” Ryu said. “I’ll get the players to run so fast that they could go one more base than they normally would.”

Team Korea will have its first practice game in Taiwan against the Korea Baseball Organization team NC Dinos today.