T-ara to form subunits in Japan

T-ara to form subunits in Japan 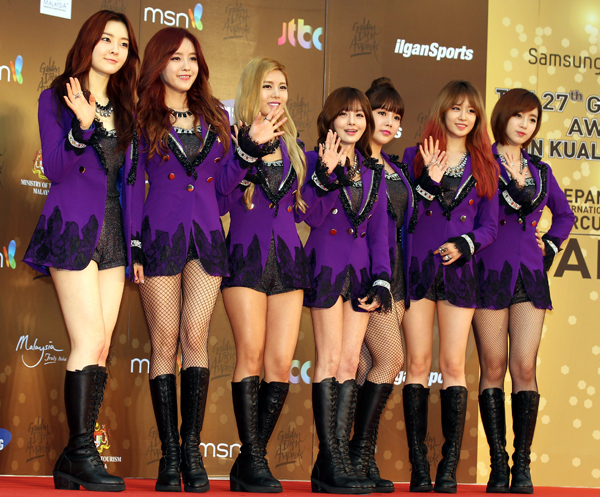 
T-ara’s got a new trick up its sleeve.

The seven-member girl group is set on taking over the Japanese charts as three subunit groups.

According to Japanese media Sankei Sports, the band members will form duos and a trio: Soyeon and Areum; Boram and Qri; and Jiyeon, Eunjung and Hyomin.

The reinvention comes as the group looks to release a single titled “Bunny Star” on March 20.

The Japanese EP will contain 10 remixes of the song and different versions sung by the new subunits.

After the release, the girls will tour Japan.

The group made its debut in Japan in September 2011 with “Bo Peep Bo Peep,” the song famous for its cat-like dance moves.

The group’s new song will have bunny-themed choreography, in line with the group’s cutesy image.

Since the ousting of Hwayoung from the group last year, T-ara’s faced some tough times at home.

However, across the sea, the group’s going from strength to strength. By Carla Sunwoo