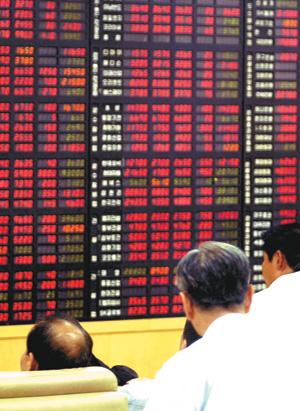 After President-elect Park Geun-hye announced two ministerial appointments Sunday, shares related to the nominees surged yesterday as investors scooped up stocks they think will benefit under the new government.

The presidential transition team appointed Kim Jeong-hun, president of Bell Labs and chief strategy officer of Alcatel-Lucent, as minister of future planning and science, and Yoon Sang-jick, first vice minister of the Ministry of Knowledge Economy, as minister of industry, trade and resources.

The two ministries are regarded as crucial to bolstering Korea’s sluggish economy by finding the new growth engines envisioned by Park.

Shares of venture capital companies that invest in venture firms also surged with Kim’s nomination as the incoming Park administration wants to nurture venture companies to find hidden gems of the country’s next growth engines by boosting venture capital investments through the ministry in charge of future planning and science.

Park Seung-young, an analyst at Torus Investment and Securities, said policies related to the Ministry of Future Planning and Science will drive growth of the stock market.

“The role of the ministry will be stronger and broader than its predecessor - the Ministry of Information and Communication under the Roh Moo-hyun government - because it will control key businesses run by other ministries,” Park said.

“A government policy to invigorate venture firms after the Asian financial crisis has played a decisive role in creating jobs and boosting the country’s economy,” said Lee Sang-heon, an analyst at Hi Investment and Securities. “The Park administration seems to want to try to rejuvenate the country’s economy by reinvigorating venture firms through the smart convergence industry, which is an integration of information and communications technology. This will not only help revitalize venture firms, but also solve a job issue.”

Kim, who was criticized for holding dual nationality in the United States and Korea, explained he restored his Korean nationality on Feb. 14 after seeking restoration on Feb. 8 because he had a strong commitment to serve his motherland. He said he plans to take the steps necessary to relinquish his American citizenship. Kim, a successful businessman, immigrated to the United States in 1975, when he was in middle school.

Kim told reporters after the announcement of the appointment that the “Ministry of Future Planning and Science’s job is to create new jobs and future industries, and this is a big assignment for me. I will seek productive integration of science with information and communications technology.”